Department of Pediatric and Adolescent Medicine (86) 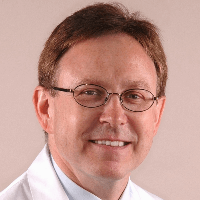 Specialized in: pediatric and adolescent medicine

The Department of Pediatric and Adolescent Medicine offers all methods of modern diagnostics and treatment for young patients with various diseases. The department is headed by Prof. Dr. med. Rolf Felix Maier.

The structure of the department includes an emergency unit, a number of specialized outpatient clinics and a day hospital. The department’s priorities of clinical practice include neonatology, pediatric nephrology, including kidney transplantation in children, pediatric pulmonology and allergology. Thanks to the coordinated work of a motivated and highly competent medical team, state-of-the-art technical equipment and close cooperation with other doctors, the department provides comprehensive medical care of the highest quality.

As a Level I Perinatal Center, the department specializes in caring for premature babies and newborns with congenital pathologies. The specially trained doctors take care of the baby’s health. To this end, the department has advanced technical equipment.

In most cases, one of the parents of young children and school-age children can be accommodated in the child’s ward or in special apartments for parents. The department strives to provide patients and their families with the best possible medical treatment and care.

Positions in Scientific Societies and Institutions