Department of Obstetrics and Prenatal Medicine

Department of Obstetrics and Prenatal Medicine (26275) 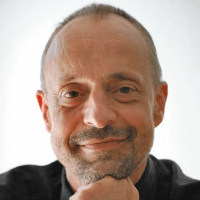 According to the Focus magazine, the Department of Obstetrics and Prenatal Medicine at the University Hospital Bonn ranks among the top German departments specializing in the provision of obstetric services!

The department offers the full range of top-class services in its areas of specialization, positioning itself as a modern, supraregional Level I Perinatal Center. A competent team of obstetricians, anesthesiologists and neonatologists works here around the clock. The department is distinguished by the exceptional experience in managing high-risk pregnancies (more than 2,000 pregnancies of this kind annually), as well as in the field of pregnancies with fetal malformations (more than 1,000 such cases annually). The department offers optimal opportunities for a successful and safe delivery, pre- and postnatal care for mother and child. The department is headed by Prof. Dr. med.  Ulrich Gembruch, who according to the Focus magazine, is included in the ranking of the top doctors in Germany in the field of his specialization!

The department aims to provide a human attitude, safety and security for parents and children. The specialists of the department carry out ultrasound diagnostics in all trimesters of pregnancy, carefully monitor the development of the fetus and the state of health of the mother. The doctors work exclusively with high-resolution ultrasound equipment, as well as with 3D/4D technology. If necessary, all options for invasive diagnostics and treatment of the fetus are available. The department works in close cooperation with the Department of Neonatology and Intensive Care, therefore it provides optimal care for babies with congenital abnormalities, premature babies, etc. In addition, if necessary, experts in the field of pediatric surgery, pediatric cardiology, pediatric nephrology, gynecology and other areas are involved.

All the department’s birth rooms meet modern standards and are equipped with various auxiliary means for delivery. To alleviate pain for women during labor, there are used methods of naturopathy, aromatherapy, acupuncture, epidural anesthesia, etc.

Positions in Scientific Societies and Committees 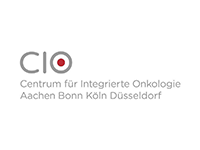