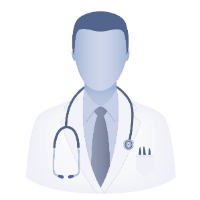 The Department of Nephrology at the University Hospital Carl Gustav Carus Dresden offers the full range of diagnostic and therapeutic services for patients with kidney diseases, including especially severe ones. Of particular interest is the treatment of inflammatory (glomerulonephritis) and vascular (vasculitis) kidney diseases, as well as arterial hypertension. The department's specialists carry out all types of modern renal replacement therapy (dialysis). In addition, the department specializes in caring for patients with advanced kidney disease before and after kidney transplantation. The department provides medical care both on an inpatient or outpatient basis. In their work, doctors are guided only by up-to-date clinical protocols and follow the recommendations of professional societies, thanks to which they achieve high treatment success rates and restore the patients' health. The department is headed by Prof. Dr. med. Christian Hugo.

The department's doctors pay special attention to comprehensive counseling of patients, in particular, if a kidney transplant surgery is required. Renal replacement therapy is carried out within the specialized KfH Center that was founded in the department in 1969 and has a long tradition and tremendous experience in its area of specialization. The department offers excellent conditions for performing all modern types of dialysis at the highest level of university medicine. The department successfully performs hemodialysis, hemodiafiltration, hemofiltration, peritoneal dialysis and other types of renal replacement therapy.

The department's medical team is rightfully proud of its outstanding results in the treatment of glomerulonephritis. The pathology is characterized by autoimmune inflammation of kidney glomeruli, which impairs the kidneys' ability to filter blood. Glomerulonephritis can be acute and chronic, which determines the further treatment tactics. To make a diagnosis, the patient needs a comprehensive examination, including a general and biochemical blood test, a coagulogram, a clinical urine test, an enzyme-linked immunosorbent assay and kidney ultrasound scanning. In some cases, a kidney biopsy may also be required. Other diagnostic examinations are performed only as prescribed by the attending physician. Glomerulonephritis is usually treated on an inpatient basis. The patient is advised to rest in bed and restrict physical activities. The therapeutic process is based on the intake of medications prescribed with due consideration of a particular clinical case. The therapeutic protocol includes the intake of antibiotics, antiviral drugs, immunosuppressive drugs, medicines to eliminate edema and normalize blood pressure, and anticoagulants. Following a special diet and drinking regimen plays an important role in the treatment success. After the completion of the main course of treatment, regular examinations are required to monitor the patient's condition.

In 1982, Dr. med. Christian Hugo began studying physics. In 1983, he changed to the Faculty of Medicine at the Julius Maximilian University of Wuerzburg, where he studied Human Medicine until 1989. From 1989 to 1991, the doctor worked at the University Hospital Wuerzburg. This was followed by admission to medical practice (February 19, 1991) and his doctoral thesis defense on the subject: "The effect of aldosterone on the concentration of atrial natriuretic factor in certain areas of the brain: an experimental study on intact and adrenalectomized rats".

From 1991 to 1993, Prof. Christian Hugo worked in the Department of Nephrology at the University Hospital Erlangen-Nuremberg, and from 1993 to 1995, he had a scholarship program of the German Research Foundation. From 1995 to 1996, the doctor was engaged in research activities (Postdoctoral Fellow) in the Department of Pathology and Nephrology of the National Kidney Foundation of the University of Washington. In 1999, he defended his doctoral thesis on the subject: "The value of thrombospondin-1 in the pathogenesis of inflammatory kidney disease", Friedrich-Alexander University Erlangen-Nuremberg.