Department of Gastroenterology, Hepatology and Infectology

Department of Gastroenterology, Hepatology and Infectology (26221) 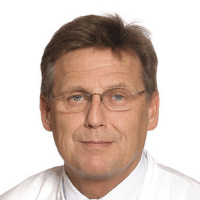 About the Department of Gastroenterology, Hepatology and Infectology at University Hospital Duesseldorf

The Department of Gastroenterology, Hepatology and Infectology at the University Hospital Duesseldorf offers the full range of diagnostics and treatment of diseases of the liver, pancreas and other organs of the gastrointestinal tract. In addition, of particular interest is the treatment of cancer pathologies of the esophagus, stomach, intestines, pancreas, and liver. The Chief Physician of the department is Prof. Dr. med. Dieter Häussinger.

The department is a supraregional center for the diagnostics, research and treatment of chronic liver diseases and their complications, as well as a certified Infectiology Center, within which all types of hepatitis, HIV, and tropical infectious diseases are treated.

Together with other departments, there was established the certified Center for Intestinal Diseases. The main advantages of the center include excellent diagnostic capabilities, for example, high-tech endoscopy, sonography (with contrast enhancement) and ultrasound-guided puncture. In addition, all the common methods of functional gastroenterological diagnostics (respiratory tests, PH-meter, esophageal and rectal manometry) are used here.

The department has 10 specialized outpatient clinics equipped with all modern diagnostic and therapeutic technologies. The highly specialized doctors with long clinical experience take care of patient's health here. Many examinations are performed using sonography and sparing endoscopic techniques, which help the patients to avoid complex operations.