Department of Adult and Pediatric Orthopedics (26233) 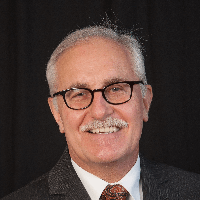 According to the Focus magazine, the Department of Adult and Pediatric Orthopedics at the University Hospital Duesseldorf ranks among the top German departments specializing in joint replacement surgery!

For the most accurate diagnostics, the department uses sonography, computerized and digital radiography, computerized movement and gait analysis. In addition, it offers interventional radiological techniques, as well as tomographic technologies. After the surgical treatment, the patients often require professional rehabilitation, which is provided by specially trained experts in this field.

The doctors have in their arsenal many conservative and surgical treatment methods. Many complex operations are performed using a highly accurate computerized system. All operating rooms are equipped with modern air conditioning systems, which provide protection against infectious complications. In the field of surgical treatment, the key focuses of the department are the correction of functional defects and degenerative spinal diseases, osteotomy for the treatment of joint diseases, as well as partial or total joint replacement, treatment of oncopathology of the musculoskeletal system, etc. The department's doctors have outstanding experience in the treatment of congenital and acquired orthopedic pathologies in children and adolescents. About 2,000 outpatient and 500 inpatient young patients are treated here annually.

Since 1972 till 1980, Dr. Rüdiger Krauspe studied chemistry and medicine at the Christian Albrecht University of Kiel, where in 1983 he defended his doctoral thesis. Since 1980 till 1987, he held the position of the Assistant Physician at the Institute of Pathology at the Katharinen Hospital in Stuttgart, Department of Surgery at the Feuerbach Hospital, at the Bürgerhospitals Stuttgart, and in the Department of Orthopedics at the Olga Hospital in Stuttgart. In 1987, he received the title of the Medical Specialist in Orthopedics. Since 1987, he has been a Senior Physician, and since 1989, he has been a Leading Senior Physician in the Department of Orthopedics at the Academic Hospital König-Ludwig-Haus at the University of Würzburg. In 1993, the doctor was habilitated and received an offer to hold the position of C3 Professor in Neuro-Orthopedics and Pediatric Orthopedics at the University of Würzburg. In 1995, Prof. Krauspe had additional training in Special Orthopedic Surgery. Since 1991, he is also a Medical Specialist in Sports Medicine, and in 2007 he received specialization in Orthopedics and Traumatology with additional qualification in Special Orthopedic Surgery and Pediatric Orthopedics.

The main research focuses of Prof. Krauspe include joint innervation, cell therapy in cartilage pathology and bone defects, tissue engineering, gait and movement analysis with an emphasis on systemic neuromuscular dysfunction, navigation surgery, functional disorders and spinal deformities, as well as sensitive to biochemical changes MRI diagnostics of in vivo and in vitro cartilage degeneration.