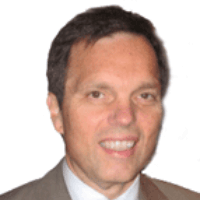 About the Department of Nephrology at University Hospital Duesseldorf

The Department of Nephrology at the University Hospital Duesseldorf offers the full range of diagnostics and treatment of acute and chronic kidney diseases, including systemic diseases with kidney lesion, as well as the preoperative and postoperative treatment of patients in the case of kidney transplantation. In addition, the department is the European Hypertension Center of Excellence, therefore, the doctors have unique expert knowledge to ensure effective treatment of primary, secondary and resistant to therapy arterial hypertension. The department is headed by Prof. Dr. med. Christian Rump.

One of the priorities of the department is the treatment of patients with autoimmune and non-autoimmune systemic diseases, such as vasculitides (immunological inflammation of small blood vessels) or amyloidosis (tissue dysfunction due to the deposition of proteins in them, in particular, involving the kidneys, heart and nervous system). In addition, the department offers a competent medical care for patients with kidney diseases in diabetes mellitus.

The therapeutic options of the department cover all extracorporeal procedures of renal replacement therapy, such as hemodialysis, peritoneal dialysis, special procedures of plasma exchange, immunoadsorption, etc.

Other Activities and Qualifications