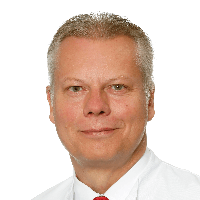 About the Department of Pediatric Oncology, Hematology and Clinical Immunology at University Hospital Duesseldorf

The Department of Pediatric Oncology, Hematology and Clinical Immunology at the University Hospital Duesseldorf offers the full range of diagnostics and treatment of diseases of the hematopoietic system, oncopathology, bleeding disorders and diseases of the immuno-rheumatic profile in children of all age groups. The department has all the possibilities of hardware and laboratory diagnostics, adapted to the characteristics of the child's body. The treatment is provided using both traditional and innovative experimental methods approved by the professional societies. The Chief Physician of the department is Prof. Dr. med. Arndt Borkhardt.

Another important focus of the department is the diagnostics and treatment of bone marrow diseases, for example, impaired formation and function of platelets, acute or chronic anemias. The children with congenital or acquired hemocoagulation disorders receive medical care within the specialized outpatient clinic. In addition, the doctors of the department specialize in the treatment of children and adolescents with congenital immunodeficiencies, rheumatic and autoimmune inflammatory diseases. In addition, the doctors have a special experience in the treatment and care of children with HIV infection and AIDS.

A separate specialization of the department is the diagnostics and therapy of solid tumors, including recurrent pathologies. The treatment plan is developed individually, taking into account the specific clinical indications. For children with terminal diseases, the competent experts of the department offer high-quality palliative care. If possible, such help is provided at home.

Positions in the Scientific Societies and Committees (selected)