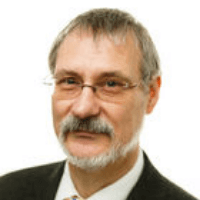 According to Focus, the Department of Adult and Pediatric Radiation Therapy at the University Hospital Erlangen ranks among the top German medical facilities specializing in radiation therapy!

The department offers the full range of services in this medical field and is one of the most modern departments of this kind in Germany. The medical facility provides comprehensive treatment for malignant diseases, which covers not only radiation therapy, but also chemotherapy, supportive treatment (for example, pain therapy, diet therapy). All medical services meet the highest international standards. The Chief Physician of the department is Prof. Dr. med. Rainer Fietkau.

Different tumors require different types of radiation therapy, which the department carries out in modern units equipped with the state-of-art medical equipment. The spectrum covers interventional radiation therapy, as well as deep regional hyperthermia. The key focus is on the treatment of breast, rectal cancer, malignant neoplasms of the bladder, upper digestive tract and soft tissue sarcomas.

The doctors, medical physicists, radiobiologists, technical assistants and nursing staff work in close cooperation with other departments of the hospital, thereby ensuring the most favorable treatment outcome. The completion of radiation therapy is followed by care and counseling of patients as part of follow-up care.

The department's specialists significantly influenced the development of radiation oncology in Germany. The department has also gained a reputation as a Reference Center for various oncological diseases and participates in international research projects.

The department applies the following types of radiation therapy: