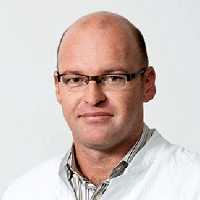 The department is one of 18 European medical institutions that have been awarded the prestigious certificate of the European League against Rheumatism (EULAR). The department has advanced experience in the treatment of diseases of the immune system and musculoskeletal system, and also achieved outstanding results in the research in this focus. In the field of clinical infectiology, the department is certified in accordance with the standards of the German Society of Infectology (as the Center for Clinical Infectious Diseases).

The department has the specialized Center for Rare Immunological Diseases, within the framework of which both adults and children suffering from systemic autoimmune diseases, systemic vasculitis, autoimmune inflammatory diseases and immunodeficiencies get competent treatment. The patients receive care from a multidisciplinary team of doctors, consisting of specialists in the field of internal medicine, pediatrics and psychosocial staff. Counselling and treatment of patients is provided both on an inpatient and outpatient basis. The diagnostic capabilities cover special laboratory tests, while the therapeutic spectrum includes all possible therapeutic techniques up to stem cell transplantation.

The department has unique competence in the diagnostics and treatment of the following diseases:

Projects and Other Activities