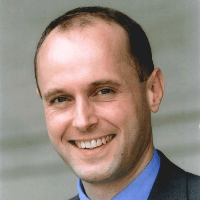 According to the Focus magazine, the Department of Radiation Therapy at the University Hospital Frankfurt am Main ranks among the top German medical facilities in the area of its specialization!

The department offers all types of modern radiation therapy for cancer treatment at the highest level of university medicine. The priorities of the department's work include the treatment of tumors of the gastrointestinal tract, urogenital system in men, gynecological tumors in women, oncopathologies of the nervous system, as well as head and neck tumors. Each department's specialist strives to ensure all the patients with the most effective and at the same time customized treatment. Due attention is also paid to radiation protection. The Chief Physician of the department is Prof. Dr. med. Claus Rödel.

Radiation therapy with chemotherapy and surgical treatment are the main treatment methods for many types of cancer. The chances of recovery are often increased due to a combination of different treatment methods. Thus, more than half of all cancers are curable today. The department's clinical activities are based on interdisciplinary collaboration of radiologists, medical physicists and radiobiologists. The department annually treats more than 1,300 patients with oncopathology, and this figure rises annually. As part of the University Cancer Center, the department guarantees each patient comprehensive treatment in accordance with the international standards.

The department is proud of its outstanding scientific achievements, which allow for the implementation of innovative treatments. Currently, the research activities of the specialists are focused on clinical research of targeted radiation therapy and interstitial brachytherapy, the combination of radiation with molecular targeted therapy and the concept of multimodal organ-sparing therapy.

Membership and Cooperation in Scientific Societies and Organizations