Department of Adult and Pediatric Urology (26068) 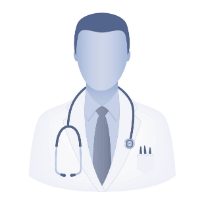 Specialized in: adult and pediatric urology

According to the Focus magazine, the Department of Adult and Pediatric Urology at the University Hospital Heidelberg ranks among the top German departments specializing in prostate cancer treatment!

The department is headed by Prof. Dr. med. Markus Hohenfellner. The doctor began his clinical activity in 1993 after passing his board certification in urology, so today his experience is estimated at tens of years. The primary focuses of the specialist's work are minimally invasive surgery, including robot-assisted interventions using the da Vinci system, and reconstructive surgery. The success of Dr. Markus Hohenfellner's clinical practice is confirmed by numerous awards from the American Urological Association (AUA) and the German Society of Urology (DGU). He is the author and co-author of 250 scientific publications and the editor of three scientific books on urology.

The department has the cutting-edge infrastructure and state-of-the-art medical equipment. For example, minimally invasive techniques are widely used here during operations on the adrenal glands, kidneys, ureters, bladder, prostate, and urethra. The department's specialists also have the advanced surgical system DaVinci, which is used for the surgical interventions of varying severity, for example, for the radical removal of prostate tumors.

The key focus of the department’s clinical activities is the treatment of urological oncopathology. Each clinical case is considered at regular tumor boards, after which doctors from the related disciplines (urologists, radiologists, oncologists, etc.) jointly develop an optimal treatment strategy adapted to the individual needs and wishes of the patient. It is worth noting that due to the active research activities of the department's specialists, it offers unique techniques and drugs, which guarantee positive treatment results.

Since October 1, 2003, Prof. Markus Hohenfellner is the Head of the Department of Adult and Pediatric Urology at the University Hospital Heidelberg. He succeeded Prof. Dr. med. Gerd Staehler, who headed the department since 1989.

Since 1977 to 1983, the doctor studied human medicine in Innsbruck, at the same time in 1980 and 1981 he underwent training at the Universities of London and Oxford.

After two and a half years of training in General Surgery and two and a half years devoted to nephrological basic researches at the Institute of Physiology, University of Munich, the doctor began specialized training in Urology in the Department of Urology at the Witten/Herdecke University, Wuppertal (1988). In 1993, Prof. Hohenfellner became a Medical Specialist in Urology, and in 1994 a Medical Specialist in Special Urologic Surgery.

The main focuses of scientific and clinical activities of Prof. Hohenfellner include urologic oncology and surgical oncology, minimally invasive and reconstructive urology. Under his leadership, the Department of Urology at the University Hospital Heidelberg covers all fields of modern urology, including prevention, early detection, radical cancer surgery, minimally invasive and robotic surgery, diseases of the urinary system, pediatric urology, treatment of urolithiasis and andrology.

Prof. Hohenfellner is a member of many national and international professional societies, the author and co-author of numerous scientific publications and book chapters, as well as the publisher of two scientific books on urology. He has scientific awards from various national and international urological societies, for example, the Best Thesis Award from the European Society of Urology and the Maximilian-Nitze Prize, the most prestigious award of the German Society of Urology.

Memberships in the Professional Societies