Department of Vascular and Endovascular Surgery

Department of Vascular and Endovascular Surgery (113905) 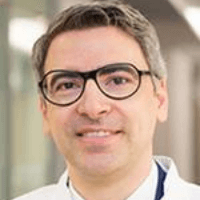 Specialized in: vascular and endovascular surgery

The Department of Vascular and Endovascular Surgery at the University Hospital Muenster offers the full range of services in these fields and is one of the largest medical institutions of this kind in Europe. A distinguishing feature of the department is the unique competence in the treatment of especially severe and rare vascular diseases. The department has a modern outpatient operating room, as well as a hybrid operating room, in which the patients are provided with the most effective and sparing treatment, if possible. Depending on the complexity of the surgery, the surgical treatment is carried out either on an inpatient or outpatient basis. The department is headed by Prof. Dr. med. Alexander Oberhuber.

The department's specialists provide treatment to 6,000 outpatients and more than 3,500 inpatients annually. More than 3,500 operations are performed here, as well as about 10,000 imaging examinations per year. The most sparing treatment method is selected for each patient.

The department's physicians are also actively involved in the development of new surgical treatment methods. As early as in 1996, the endoluminal catheter techniques were introduced into the department’s service range, which helped to optimize the treatment of patients with vascular diseases. Surgery and catheter intervention perfectly complement and combine with each other. Thus, the department's surgeons often manage to replace extensive intervention with minimally invasive ones. However, in some cases, the best treatment option is classical surgery.

The department specializes in the treatment of the following vascular pathologies:

Diagnostic and therapeutic range of the department includes: