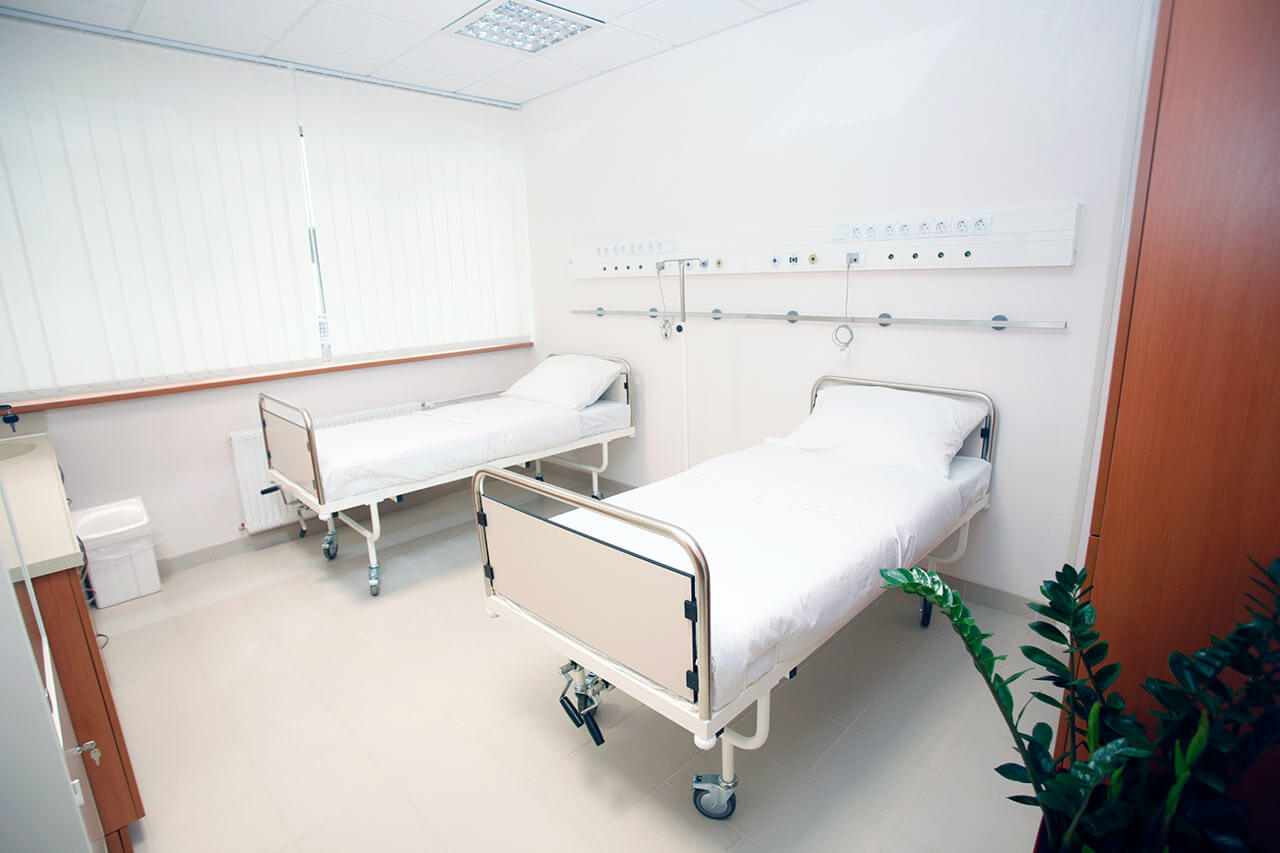 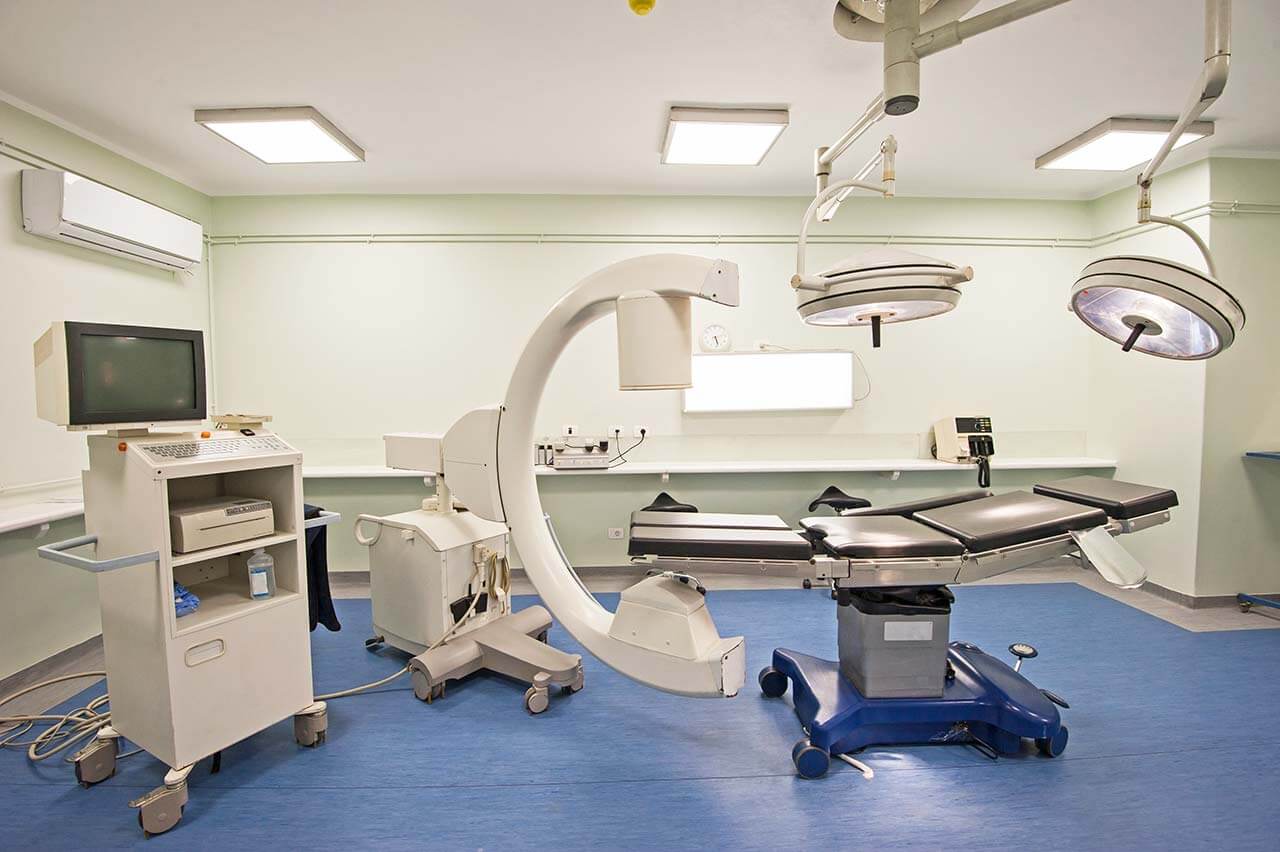 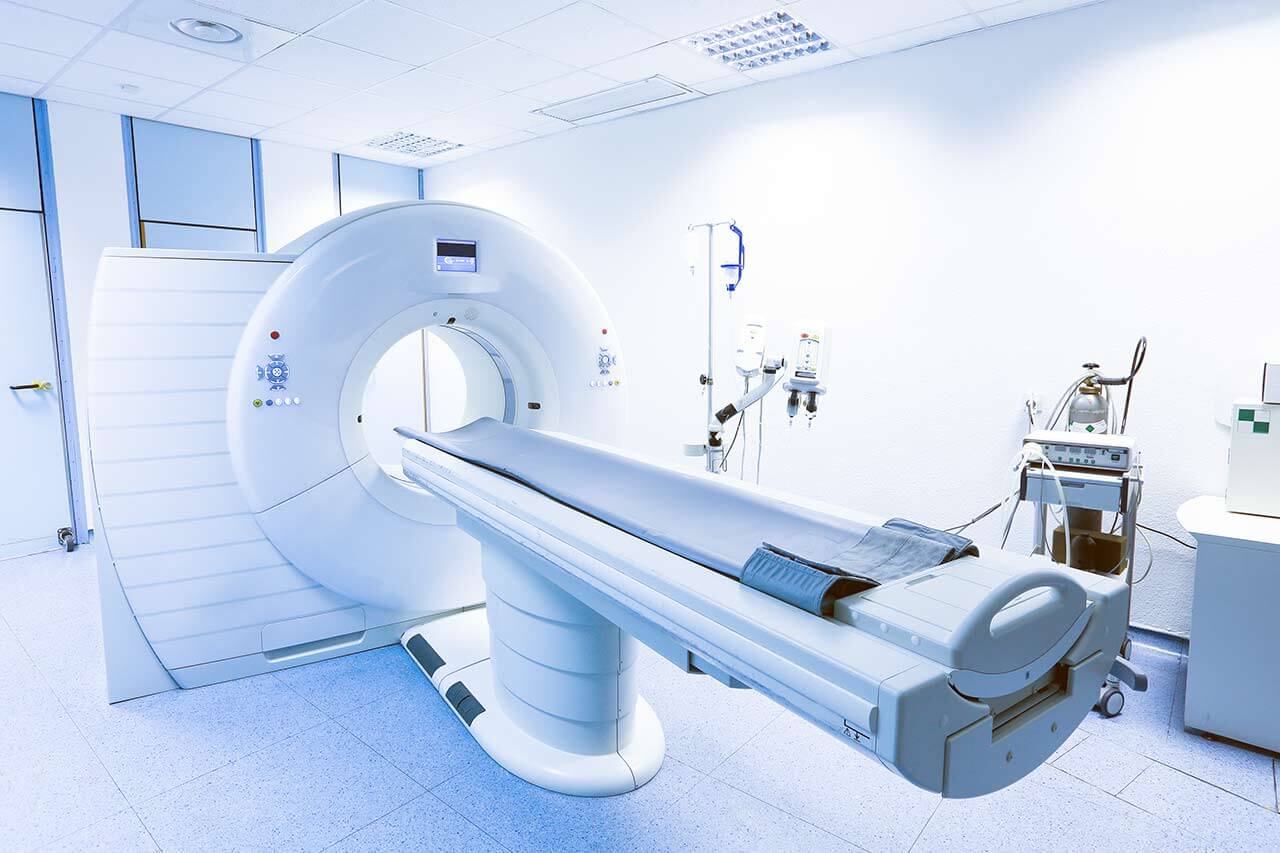 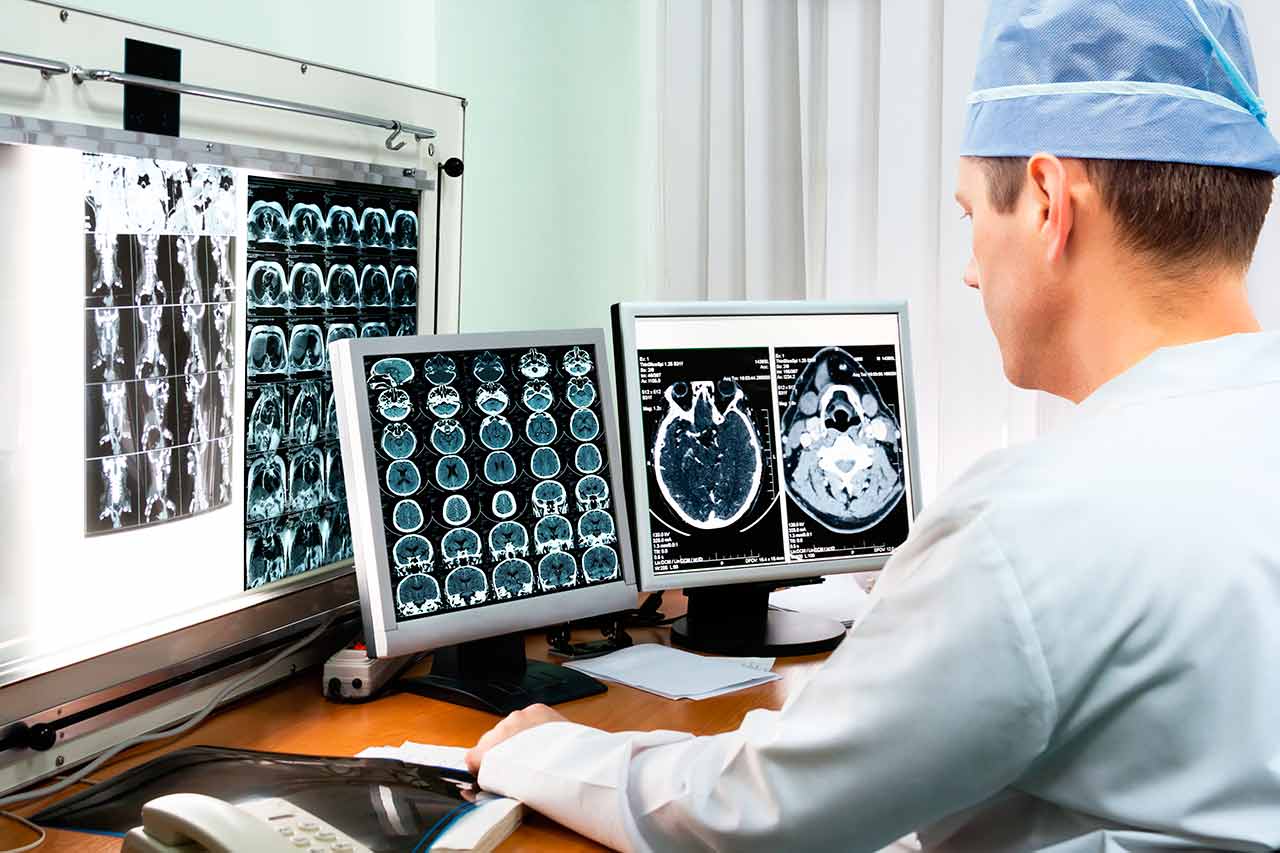 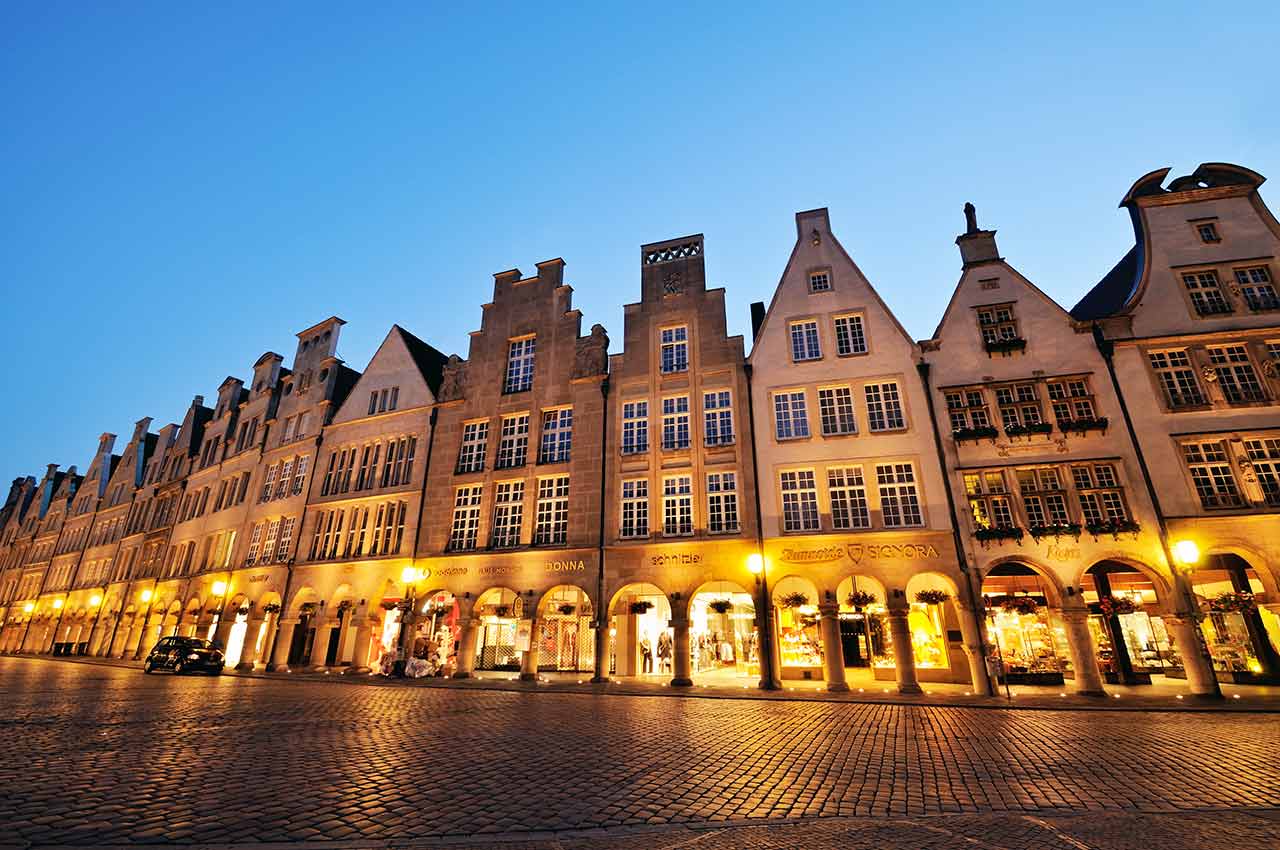 According to the Focus magazine, the University Hospital Muenster ranks among the top German hospitals!

The hospital belongs to the most prestigious medical institutions in Germany. The hospital is distinguished by a high professionalism of its doctors, state-of-the-art technological equipment and the availability of the most advanced diagnostic and therapeutic capabilities ensuring the first-class medical services. The hospital integrates more than 30 specialized departments, as well as numerous institutes and centers, thus representing all the specialties of modern medicine. The hospital treats more than 64,000 inpatients and 500,000 outpatients every year, which  is an indisputable evidence of the highest quality of medical services.

The medical team of the hospital, consisting of more than 10,000 employers, is committed to preserving the physical health of patients, providing them with psychological support and compassionate attitude throughout the entire therapeutic process.

The hospital has succeeded in all specialties of medicine, however, main areas of its specialization include oncology, treatment of cardiovascular, neurological diseases, transplant medicine, psychiatry and psychosomatics, pediatrics with a special focus on rare diseases in children, traumatology, orthopedics, prenatal medicine, and reproductive medicine. In addition, key importance is given to scientific research and training of medical students, so that the specialists of the hospital make a momentous contribution to the development of medicine as a whole.

Department of Clinical and Surgical Andrology

Department of Pediatric Orthopedics, Reconstruction of Malformations and Foot Surgery

Department of Vascular and Endovascular Surgery

Department of Pediatric Hematology and Oncology

Department of Adult and Pediatric Traumatology, Hand and Reconstructive Surgery

Department of Pediatric Rheumatology and Immunology

Department of Pediatric and Neonatal Surgery

The patients of the University Hospital Muenster live in single or double rooms. The rooms are made in bright colors and modern design. Each room has an ensuite bathroom with shower and toilet. The standard room includes an automatically adjustable bed, a bedside table, a table and chairs for receiving visitors, a telephone and a TV. The hospital offers access to the Internet. If desired, the patient can also stay in the enhanced-comfort room.

The patients of the hospital are offered a tasty and balanced three meals a day: breakfast, lunch and dinner. The menu always features diet and vegetarian dishes. If for any reason you do not eat all the food, you will be provided with an individual menu. Please inform the medical staff about your dietary preferences prior to the treatment.

During the inpatient program, an accompanying person may stay with you in a room or at the hotel of your choice.

During the outpatient program, you can live at a hotel of your choice. Managers will help you to choose the most suitable options.

What modern diagnostic and treatment methods are available at the University Hospital Muenster?

Which procedures are the most popular at the University Hospital Muenster?

Patients with which diseases visit the University Hospital Muenster most often?

These are arthrosis and sports injuries of the joints, benign neoplasms and malignant tumors of various localizations, spinal injuries, osteoporosis, benign prostatic hyperplasia, urolithiasis, inflammatory bowel disease and other pathologies.

Which specialties of the University Hospital Muenster are the best?

How many doctors work at the University Hospital Muenster?

The hospital's team consists of more than 10,000 highly qualified employees.

Muenster is a city located in the Federal State of North Rhine-Westphalia, near the border with the Netherlands. The history of the city begins in 793 AD, and it is proud of its long history. This is one of the most attractive tourist cities in Germany, which combines the historical atmosphere and attractions, rhythm and entertainment of a modern large center.

Muenster can offer tourists interesting sights, monuments of ancient sacral and modern architecture. Despite the fact that downtown was badly damaged during World War II, many historical sites were carefully restored. All the main sights of Muenster are located in the downtown surrounded by the "green belt", which is a pedestrian alley with greenery. The main masterpiece of sacred architecture is St. Paul's Cathedral, built in the XIII century. The facade is decorated with an astronomical clock made in the Late Middle Ages, which every day at noon shows the so-called show. A five minute walk from the cathedral is the street of the city elders Prinzipalmarkt. It is very funny to look at this street from the side, because every house has a magnificent Renaissance facade "imposed" in front. As a rule, it is one and a half to two times higher than the house itself. The highest, Late Gothic facade is the Town Hall, where the burgomaster and the city council of Muenster still have sessions. However, the old oak hall is open to all and works as a museum. The Gothic St. Lambert's Church, located opposite the Town Hall, is of historical value. Three cages hang on the tower of the church, in which in 1536 the bodies of the executed leaders of the Munster Anabaptist Commune were exhibited. Also a favorite place for tourists is the Gothic Church of St. Mary the Virgin, which is often called the "church above the water", as it is located near the small river Aa.

While staying in Muenster, one should definitely visit the zoo, which is officially called "All Weather Zoo". This is one of the largest German zoos, while it is rather unconventional, because with a special ticket one can feed animals here. In addition, the zoo has a dolphinarium and a huge glazed area – the tropical pavilions. The visitors walk along special paths, while hummingbirds rush past them.

Muenster offers city visitors a variety of inexpensive, but cozy, restaurants and cafeterias where one can taste dishes of national and international cuisine. Also, one can find a variety of shops on the streets of the downtown, where customers and visitors are always welcome.