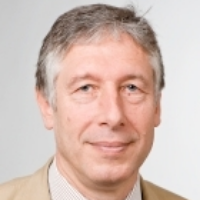 The Department of Human Genetics at the University Hospital Rechts der Isar Munich offers the full range of services in this medical field. The department specializes in studying the human genome, identifying changes in genes and applying the results obtained in the provision of medical care. Particular attention is paid to the molecular diagnostics of genetically caused rare diseases. In addition, the scope of the department's tasks includes comprehensive counseling on all issues of human genetics. The department is headed by Prof. Dr. med. Thomas Meitinger.

The department provides more than 600 consultations on human genetics and about 2,000 molecular genetic and cytogenetic studies every year. The diagnosis in the Laboratory for Cytogenetics and Molecular Genetics is based on the sampling and study of blood samples, tissues, amniotic fluid, chorionic villi, cord blood, fibroblasts and other nuclear chromosomal material.

Department of Human Genetics.
University Hospital Rechts der Isar Munich:
Request more information now.
We will be happy to answer all your questions.