Department of Neurology with Stroke Unit

Department of Neurology with Stroke Unit (359033) 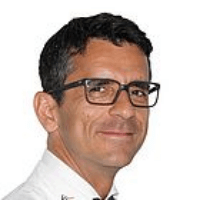 The Department of Neurology with Stroke Unit at the Vivantes Neukölln Hospital offers the full range of services in this medical focus. It offers high-quality diagnostics and treatment of diseases of the central and peripheral nervous system. To do this, the department has a large team of competent neurologists, the most advanced diagnostic and therapeutic methods, state-of-the-art medical equipment. The department is headed by Prof. Dr. med. Darius Günther Nabavi.

One of the most important focuses of the department is the treatment of strokes. The Stroke Unit has 16 beds equipped with monitoring systems, 68 beds for patients with general neurological diseases, and 14 beds for special neurological early rehabilitation. Treatment is carried out around the clock. In addition, lysis therapy and the so-called thrombectomy are provided around the clock as well. The Stroke Unit of the department is one of the largest certified stroke centers in Germany.

Another important focus of the department is the treatment of multiple sclerosis. There is a special outpatient clinic for treating patients with this disease. Medical care is provided by highly qualified specialists with many years of experience. Each patient receives an individually developed treatment plan, adapted to personal needs and corresponding to clinical manifestations of the pathology.

The department offers both diagnostics and treatment of the following clinical pictures:

Prof. Nabavi is a Chairman of the Stroke Unit Commission of the German Stroke Association (DSG) and Chief Physician of the Department of Neurology at the Vivantes Neukölln Hospital.

The doctor studied medicine at the University of Essen and there he defended his doctoral dissertation. Then he had his internship in the Department of Neurology at the University Hospital Muenster. From 1997 to 1999, the professor was engaged in research activities at the Robats Research Institute, Ontario, Canada. He received a scholarship from the German Research Foundation. The studies were devoted to new methods of perfusion imaging of the brain.

In 2001, Prof. Nabavi received his professorship and was appointed Senior Physician of the Stroke Unit and Department of Neurology at the University Hospital Muenster. In July 2006, the doctor occupied the position of Chief Physician in the Berlin clinic. In 2012, he was appointed a Chairman of the German Foundation for Stroke Patients, and since 2014 he has been the Deputy Chairman of the Board of Trustees. In 2016, he also receive a position in the Stroke Committee of the European Stroke Organization (ESO).

Prof. Nabavi is the author of more than 100 scientific works on the diagnostics and treatment of stroke. He is also the author of many review articles, separate chapters and textbooks on this topic. The doctor is an expert in national and international committees and participates in many studies.