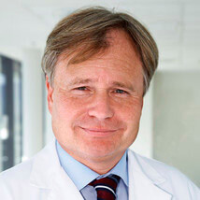 About the Department of General, Abdominal, Endocrine, Colorectal and Minimally Invasive Surgery at Hospital Nordwest Frankfurt am Main

According to the Focus magazine, the Department of General, Abdominal, Endocrine, Colorectal and Minimally Invasive Surgery at the Hospital Nordwest Frankfurt am Main ranks among the best German medical facilities for colon cancer treatment!

The department provides the full range of surgical services in the areas of its specialization. A highly qualified team of the department's surgeons performs operations on the abdominal organs (stomach, esophagus, intestine, liver, gallbladder) and endocrine organs (pancreas, adrenal glands and thyroid gland), with the exception of organ transplantation. The doctors of the medical facility also have long successful experience in hernia repair surgery. The department is awarded the quality certificate of the German Hernia Society in this area. Particular attention is paid to the treatment of gastrointestinal cancers. The team of the department's surgeons annually performs more than 2,500 surgical interventions on an inpatient basis, as well as many endoscopic procedures and non-extensive outpatient operations. As of today, most of the operations in the department are minimally invasive, which is an undeniable advantage for the patient. The department's operating rooms strictly meet both hygiene and safety standards, which excludes infectious risks to the patients' health. The Chief Physician of the department is Prof. Dr. med. Thomas Kraus.

The department's surgeons are proud of their exceptional advances in the treatment of colon cancer, which is one of the most common types of oncology in the world. The first stage of the medical program is comprehensive diagnostics, which allows determining the exact location of the tumor, its stage, type and other important clinical characteristics. As a rule, the main diagnostic examinations are laboratory tests, including a tumor marker test, ultrasound examination, radiography, colonoscopy, computed tomography, etc. With the results of a preliminary examination, the department's surgeons jointly with gastroenterologists, oncologists, radiologists and other specialists develop an optimal treatment regimen. The treatment is based on three key methods – surgery, drug therapy and radiation therapy. The department's surgical options include minimally invasive surgery, metastasis removal surgery and plastic surgery to correct defects. The conservative treatment methods include chemotherapy, including hyperthermic intraperitoneal chemotherapy (HIPEC), combined chemoradiation therapy, intraoperative radiation therapy, targeted therapy, therapeutic hyperthermia, symptomatic treatment and other methods. Upon the completion of the main course of treatment, the patient will regularly visit the doctor and undergo follow-up medical check-ups in order to prevent recurrence.

One of the important clinical focuses of the department's doctors is hernia repair surgery. Due to the high success rates of hernia repair surgery, the department was awarded with a certificate of excellence by the German Hernia Society. The service range in this area includes the treatment of diaphragmatic, inguinal, umbilical, incisional, parastomal and epigastric hernias. All operations are performed using sparing laparoscopic techniques, so the patient can leave the hospital in a few days. In addition, the pain syndrome after such operations is less severe in comparison with classical open surgery.

The department specializes in the surgical treatment of the following diseases: 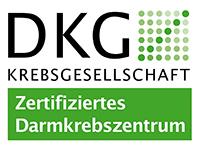 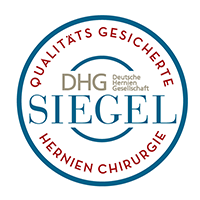