Department of Neurology and Epileptology (413132) 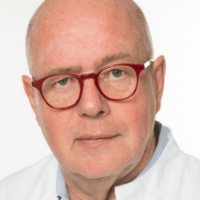 About the Department of Neurology and Epileptology at Beta Klinik Bonn

The Department of Neurology and Epileptology at the Beta Klinik offers diagnostics, differential diagnostics and individual forms of treatment for all neurological diseases in patients of any age group. The department specializes in the treatment of epilepsy, headaches, migraine, and neurological disorders of the nervous system. There is the cutting-edge equipment for diagnosis, for example, 3T MRI scanner, which allows to detect changes in the cerebral cortex that may be a possible cause of epilepsy. The Chief Physician of the department is Prof. Dr. med. Christian E. Elger.

The Chief Physician and the Founder of the department, Prof. Dr. med. Christian Elger, is an internationally acknowledged epileptologist with many years of experience in the research and treatment of epilepsy. Prior to that, the Professor has been heading the Department of Epileptology at the University Hospital Bonn for more than 25 years.

In the field of epilepsy treatment, the the advanced methods are used, for example, the implantation of stereotactic electrodes for the localization of the epileptic focus. With the help of MRI-guided laser ablation, there is provided the most sparing surgical treatment of epilepsy. In addition, the department is one of the few centers, which provides successful treatment of patients with psychogenic, non-epileptic seizures (in cooperation with the Department of Psychosomatic Medicine).

The department offers the following therapeutic range of services for epilepsy treatment:

In the field of neurophysiology, the department covers the wide range of diseases of the peripheral nervous system, spinal motor system, and central motor disorders. Based on the detailed clinical and hardware diagnostics, one can identify the causes of the disease and make an accurate diagnosis. Then the corresponding drug, surgical or neurorehabilitation, physio- or psychotherapeutic treatment begins.

The spectrum of neurophysiological services of the department covers the diagnosis and treatment of the following diseases: