Department of Adult and Pediatric Otolaryngology (289977) 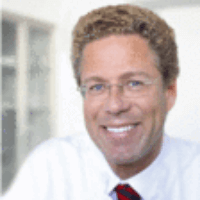 The Department of Adult and Pediatric Otolaryngology at the University Hospital Essen offers the full range of conservative and surgical methods for the treatment of ear, nose and throat diseases. Of particular interest to the department's specialist are middle ear and skull base surgery (using intraoperative navigation systems), treatment of head and neck malignant tumors, including the functional and organ-sparing laser surgery, plastic, aesthetic and reconstructive surgery, orbital surgery and cochlear implantation. The department is part of the West German Cancer Center Essen, which provides optimal options for the interdisciplinary treatment of oncological diseases. The department diagnoses and treats more than 3,800 inpatients and 13,500 outpatients annually. The department is headed by Prof. Dr. med. Stephan Lang.

In addition, the department has at its disposal the very latest methods of minimally invasive paranasal sinus surgery, salivary gland surgery, surgical treatment of midfacial injuries, as well as the diagnostics and treatment of coordination and balance disorders (for example, Meniere's disease).

One of the department’s key clinical focuses is the treatment of benign and malignant neoplasms in the head and neck. All conservative and surgical treatment options are available here, particularly, pharyngeal and laryngeal laser surgery, functional and organ-sparing surgery, plastic reconstructive surgery with free and tube flaps, radiation therapy, chemotherapy, etc. The department's doctors maintain close cooperation with private practitioners, other specialists from the related fields of the hospital, as well as with many foreign medical institutions, for example, with the University of Pittsburgh Cancer Institute. The high quality and effectiveness of head and neck cancer treatment are confirmed by the prestigious certification of the German Cancer Society.

Another important focus is cochlear implantation in adults and children. A preliminary diagnostics of the patient includes audiometry, auditory evoked potentials of the brain stem, electrocochleography, imaging examinations (MRI, CT), neurological and genetic examinations in children, etc. In addition, the condition of previously used hearing aids is checked, if necessary, new devices are also checked and adapted to the patient’s needs. Only after this, the doctor holds a consultation, during which he tells about the advantages of cochlear implantation in this particular case and the predicted operation results. Three weeks after the operation, the patient is prescribed rehabilitation, which is held in a specialized center. Four weeks after the operation, the initial adaptation of the implant takes place (check-up of its functionality and individual adaptation of single electrodes). Thus, it is possible to ensure the optimal adaptation is possible based on objective and subjective data even in young children or patients with multiple hearing disorders. During the next two weeks or even months, the doctors make a series of subsequent adjustments, which increase the "volume" and optimize various system parameters. The department is proud of its outstanding results in the field of cochlear implantation, as well as rehabilitation (including in bilateral cochlear implantation).

It should be noted that the department widely uses transoral robotic surgery. It offers the cutting-edge surgical systems such as da Vinci and Flex Robotic System. Such technical innovations allow the doctors to perform the most accurate surgical interventions with minimal damage to healthy tissues. However, the main role is still assigned to the surgeon, who controls the surgical system using a special control panel. The department is one of the leading international medical facilities in the field of robot-assisted head and neck surgery at the international level.