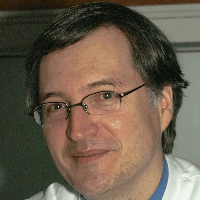 According to the Focus magazine, the Department of Adult and Pediatric Radiation Therapy at the University Hospital Essen ranks among the top German departments specializing in radiation therapy!

The department offers all types of modern radiation therapy for the treatment of various benign and malignant diseases. The focus is on multimodal interdisciplinary therapy of lung cancer, breast cancer, prostate cancer, sarcomas, malignant lymphomas and tumors in children. The stereotactic radiation therapy is available in the department for the targeted treatment of brain tumors. The department treats more than 1,500 inpatients and about 4,300 outpatients every year, which is the indisputable evidence of the outstanding quality of provided medical services. The Chief Physician of the department is Prof. Dr. med. Martin Stuschke.

The treatment is carried out on the state-of-art medical equipment, for example, a tomotherapy device for carrying out imaging-guided intensity-modulated radiation therapy, powerful linear accelerators. In addition, the department's specialists have devices for providing radiation therapy using the Afterloading method, telecobalt devices for carrying out the whole-body irradiation prior to bone marrow transplantation. The department works in close cooperation with the West German Cancer Center Essen, which also provides regular interdisciplinary consultations for patients.

It should be noted that in addition to the classic types of radiation, the department offers all the possibilities for performing radiosurgical interventions (stereotactic surgery), as well as fractionated stereotactic irradiation of the brain. The department's physicians have a wide experience in the treatment of brain metastases, as well as benign tumors (for example, pituitary adenoma). Also, the stereotactic methods are widely used in order to provide treatment at the early stages of lung cancer, metastases, liver and bile ducts tumors The stereotactic therapy requires careful planning, which is ensured with the use of a combined PET-CT method, special magnetic resonance imaging and other techniques.