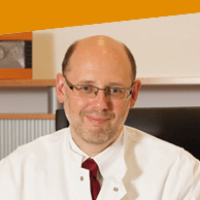 About the Department of Neurology at Hospital Gummersbach Oberberg

The Department of Neurology at the Hospital Gummersbach Oberberg offers the full range of medical services for the diagnostics and treatment of diseases of the brain and spinal cord, peripheral nervous system and muscle system. Structurally, the department consists of three sections designed for 72 beds, the Stroke Unit with 10 beds and the Intensive Care Unit with 4 beds. The admission of patients is carried out both on an inpatient and outpatient basis. The department treats more than 2,000 inpatients every year. The Chief physician of the department is Prof. Dr. med. Franz Blaes.

The department's key focus is on stroke treatment. The patients are admitted to the specialized Stroke Unit, where highly qualified medical team provides them with emergency medical care. A blood test, ECG and a CT scan are the primary diagnostic procedures in suspected stroke. In most cases, to restore the patency of cerebral blood vessels, the doctors use lysis therapy with thrombolytics. Such treatment is only possible during the first four hours after the onset of stroke symptoms. The patient also needs constant monitoring of heart rate, blood pressure, respiration, blood glucose levels, body temperature, brain and kidney function, water-electrolyte balance and acid-base balance.

In the case of stroke, it is very important to start rehabilitation measures as early as possible, therefore, the department provides physiotherapy, occupational therapy and speech therapy, which contribute to the restoration of lost brain functions. After discharge from the hospital, the rehabilitation will be continued on an outpatient basis. To prevent recurrent stroke, the patient can be prescribed anticoagulants and other medications.

Since 2010, Prof. Dr. med. Franz Blaes has been the Head of the Department of Neurology at the Hospital Gummersbach Oberberg. The professor studied Human Medicine at the University of Mainz and Saarland (1988 - 1994). While working as Assistant Physician at the University Hospital Saarland Homburg, he defended his doctoral thesis on cancers of the nervous system. After his scientific internship at the University of Oxford (1998 - 1999), Prof. Blaes began to work in the Department of Neurology at the University Hospital Giessen, where he held the position of Senior Physician (2002 - 2010). For many years, he has headed the Neurological Intensive Care Unit, and then became the Head of the Department of Neurophysiology. In addition to the treatment of acute types of stroke, he specializes in the diagnostics of diseases of the peripheral nervous system, as well as in the treatment of inflammatory diseases of the nervous system, such as multiple sclerosis, myasthenia gravis and inflammatory neuropathies. In addition, Prof. Blaes worked as the Head of the Muscular Disease Center Marburg-Gießen-Kassel.

In 2006, Prof. Blaes had his habilitation (research on inflammatory neuropathies), while in 2009, he became the Extraordinary Professor at the Justus Liebig University Giessen. His research interests cover the diagnostics and treatment of inflammatory diseases of the peripheral nervous system and Sudeck's atrophy. He is the author of more than 60 articles in international journals on these subjects. Prof. Blaes also made a great contribution to the creation of the Center for Natural Sciences in Giessen. 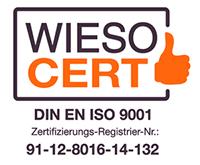