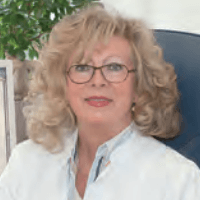 According to the Focus magazine, the Department of Neurology at the University Hospital of Ludwig Maximilian University of Munich ranks among the best departments in Germany for the treatment of multiple sclerosis, Alzheimer's disease and Parkinson's disease!

The department offers the full range of modern diagnostics and treatment of diseases of the central and peripheral nervous system. Of particular interest are diseases, such as stroke, epilepsy, motor disorders, dizziness, neuroinfections, headaches, neurodegenerative and neuromuscular diseases. The department is headed by Prof. Dr. med. Marianne Dieterich.

To provide comprehensive medical care for the patients with neurological diseases, the department has special inpatient units. In particular, these include a stroke unit, an intensive care unit, an epilepsy monitoring unit, a deep brain stimulation unit, as well as a station specializing in the treatment of dizziness and balance disorders.

It should be noted that the specialists of the department are engaged in active research, due to which they make a significant contribution to modern medicine. The priority research focuses are sensomotorics and neuromuscular diseases. In this field, there is maintained close cooperation with Friedrich Baur Institute.