Department of Gynecology and Mammology

Department of Gynecology and Mammology (302398) 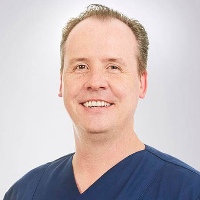 The Department of Gynecology, Urogynecology and Mammology at the Park-Clinic Weissensee Berlin offers the full range of medical services in these fields. Of particular interest to the department’s team of doctors is the treatment of patients with benign and malignant diseases of the female reproductive organs, breast pathologies, various types of urinary incontinence and pelvic organ prolapse. In November 2012, the department was certifies as the Breast Center by the German Cancer Society and the German Society of Senology. The department’s specialists annually perform more than 1,800 extensive and minimally invasive interventions. The surgical treatment can be provided both on an inpatient and outpatient basis. The Chief Physician of the department is Dr. med. Ursula Makowiec.

Cancers of the female reproductive system are diagnosed and treated in the specialized center (certification of the German Cancer Society). Since cancers are a complex clinical task, the therapeutic process involves all the necessary doctors, namely gynecologists, oncologists, radiologists, radiation therapists, experts in the field of nuclear medicine, palliative care, etc. Each patient is offered an individual treatment regimen aimed at the optimal result. The important roles is also given to psychological support.

The team of the department's mammologists is responsible for the prevention, diagnostics, treatment and follow-up care of patients with breast diseases. The specialists mostly have to deal with breast cancer. In most cases, the doctors manage to save the patient's own breast. If the cancer stage does not allow this, a woman will be offered plastic reconstructive interventions to improve the aesthetic appearance. The breast reconstruction can be performed both with the help of implants and with the help of autologous tissues. The surgical treatment is often complemented by chemotherapy, radiation therapy, antibody therapy. Modern therapeutic techniques combined with the highest professionalism of doctors and state-of-the-art technical basis contribute to the effective treatment of even the most complex clinical cases.

The department also diagnoses and treats patients with various types of urinary incontinence and pelvic organ prolapse. To eliminate these pathological conditions, the doctors use drug therapy, physiotherapeutic and surgical treatments.