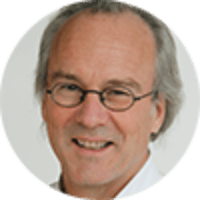 The Department of Adult and Pediatric Vascular, Endovascular Surgery at the University Hospital Rechts der Isar Munich offers the full range of classical and endovascular surgical interventions on the blood vessels. The department specializes in the treatment of patients with acute and chronic diseases of the arteries and veins, circulation disorders in the extremities, pathological changes in the carotid arteries, venous diseases and other pathologies. The patients' health is in the safe hands of a competent team of doctors and nursing staff. Surgeries and interventional procedures on the blood vessels are performed in well-equipped operating rooms that meet current hygiene and safety requirements. The department has 38 beds. The department's medical team annually admits more than 1,400 inpatients and about 7,000 outpatients. The department has been carrying out successful clinical activities for over 25 years and during this time has gained a reputation of one of the best medical facilities of this kind in Germany. The department is headed by Prof. Dr. med. Hans-Henning Eckstein.

To improve the effectiveness of treatment, the department has been operating an ultramodern hybrid operating room since 2012, in which open and endovascular interventions are performed with the use of a high-resolution angiography system and under the guidance of other imaging devices. This is especially important when performing endovascular operations for the treatment of aortic diseases, coronary artery bypass grafting and primary endovascular interventions. The treatment is provided in accordance with national and international guidelines.

The department's vascular surgeons often perform abdominal aortic aneurysms. As a rule, the disease is asymptomatic at the early stages. With the progression and the absence of timely treatment, aortic rupture often occurs, which can be fatal. In some cases, the department's doctors recommend not to take any therapeutic measures, but to undergo regular diagnostic examinations in order to monitor the condition of the aneurysm. If the patient still needs a surgical intervention, then the most effective type of surgery is determined based on his medical history and general health condition, namely open or endovascular one. In the first case, laparotomy is required, which entails serious surgical risks. When performing the endovascular intervention, surgeons make only two small skin incisions in the groin, thereby significantly reducing the load on the heart, and postoperative recovery becomes faster.

Another common diagnosis in the department's clinical practice is carotid artery stenosis. In the case of this pathology, the patient also has no symptoms, therefore, it is most often diagnosed by chance, during the diagnostics for other reasons. An ultrasound scan is sufficient to confirm the diagnosis. The pathology several times increases the risk of stroke, which can lead to disability or death. The department's specialists offer two treatment options for carotid artery stenosis – carotid endarterectomy and stent implantation. Both operations can be performed using minimally invasive techniques, which is of great benefit to patients. The doctor determines the optimal type of surgical intervention based on the stage of the pathology and the patient's general health condition.

The department provides effective treatment of occlusive peripheral arterial disease and varicose veins, as well as performs procedures for dialysis access formation. Preference is always given to operations using endovascular and hybrid surgical techniques. Open surgery is the last-line treatment. 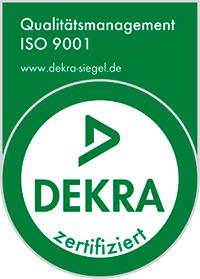