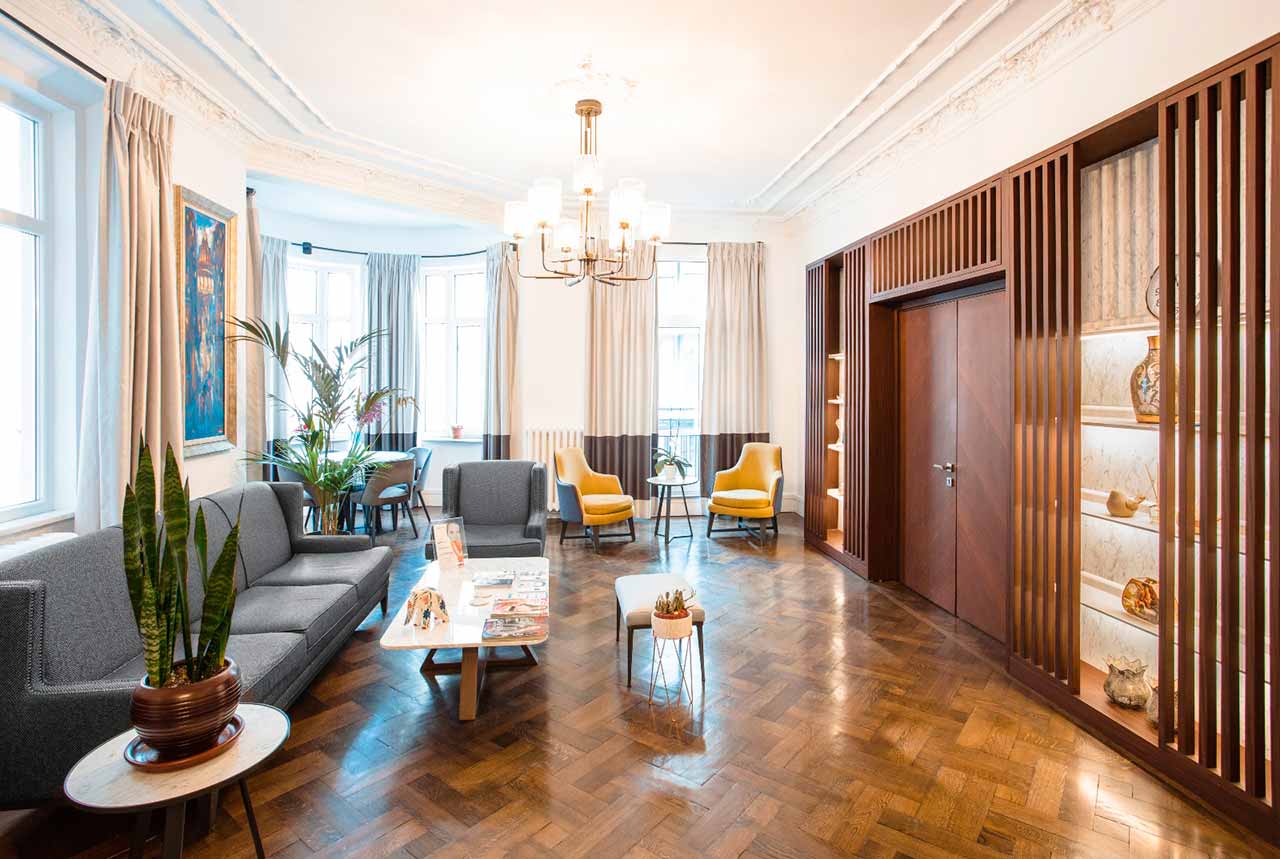 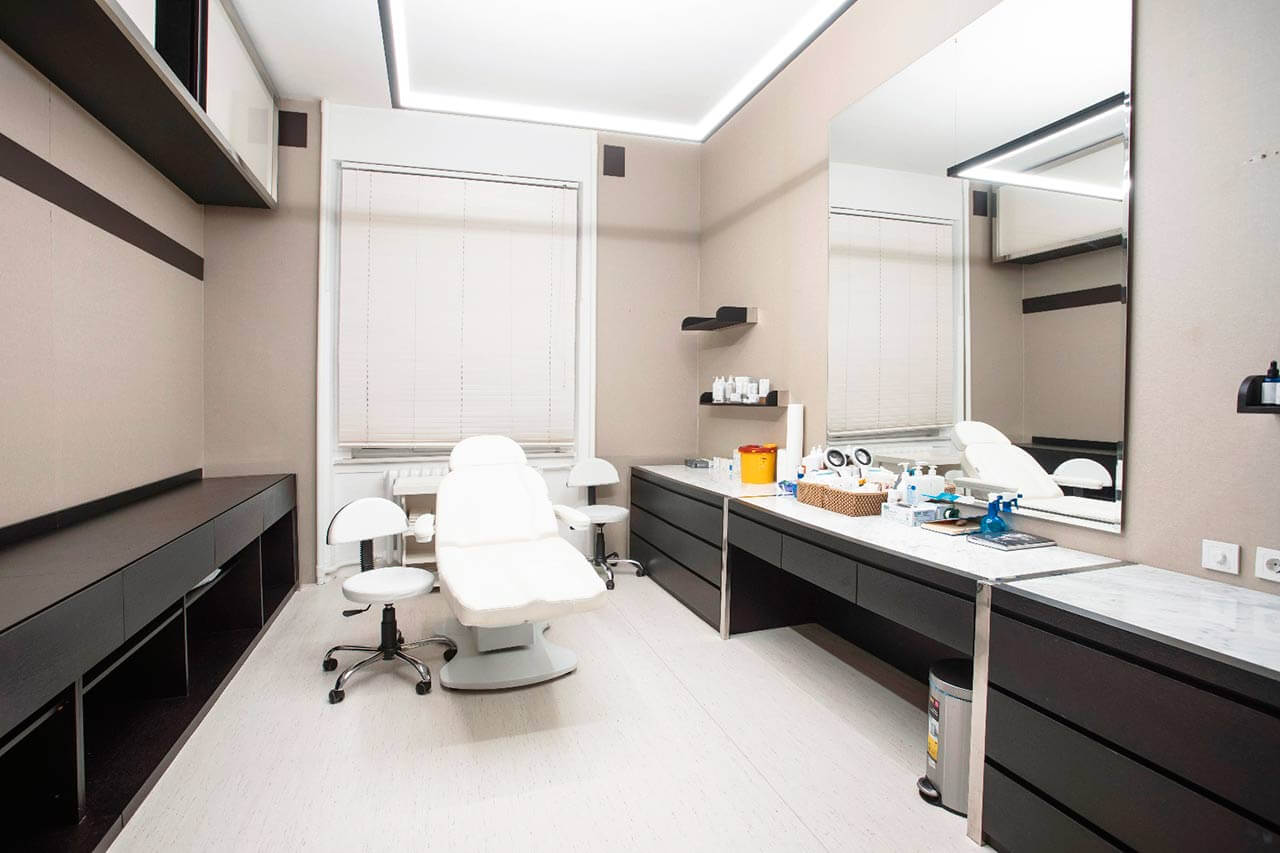 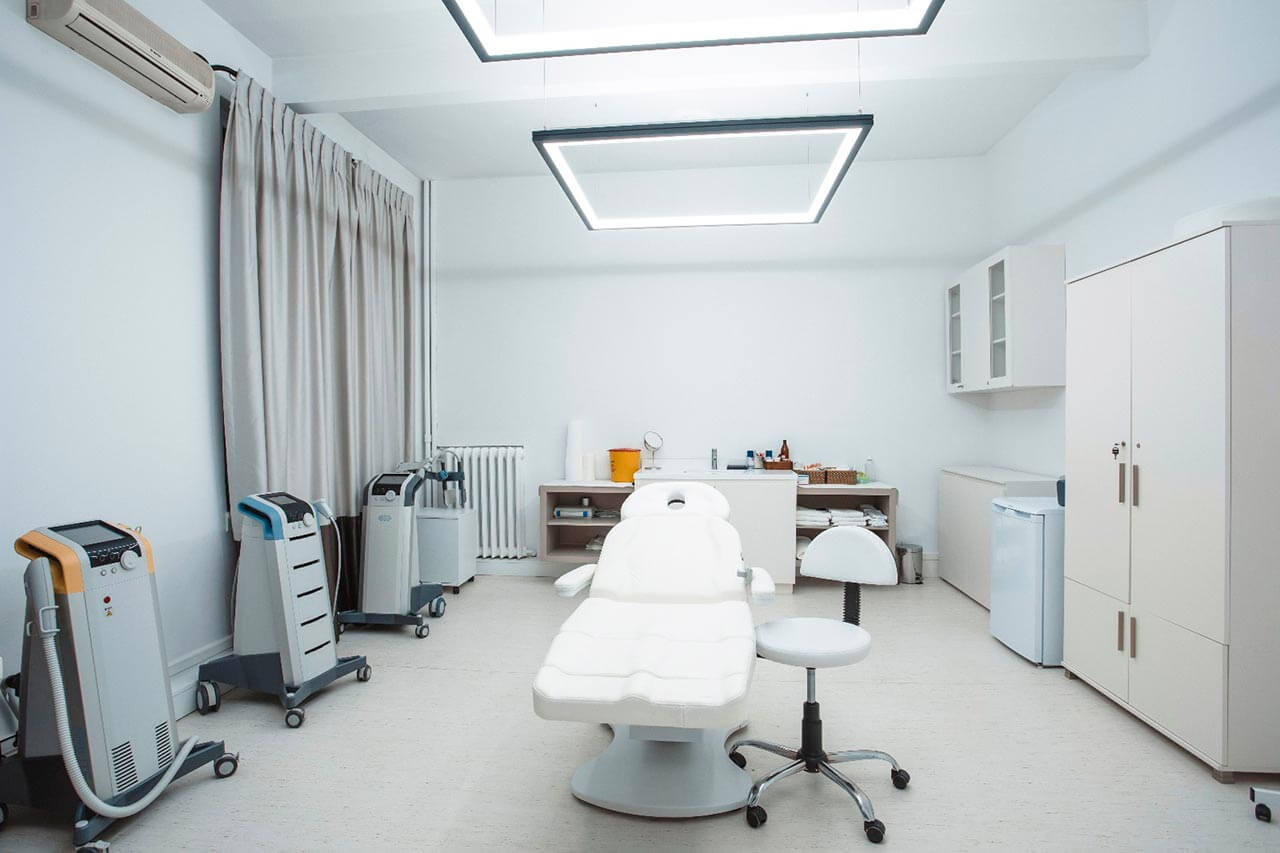 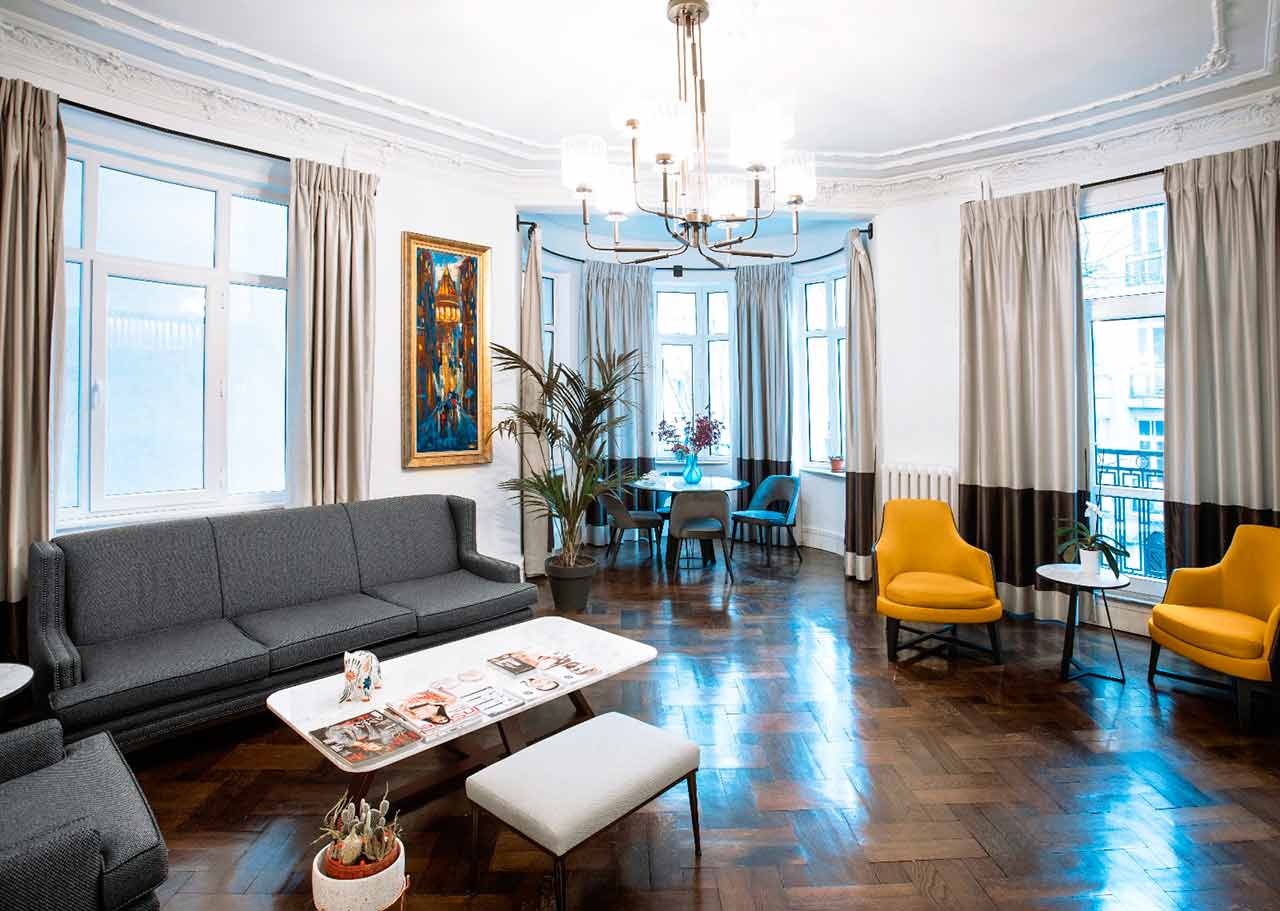 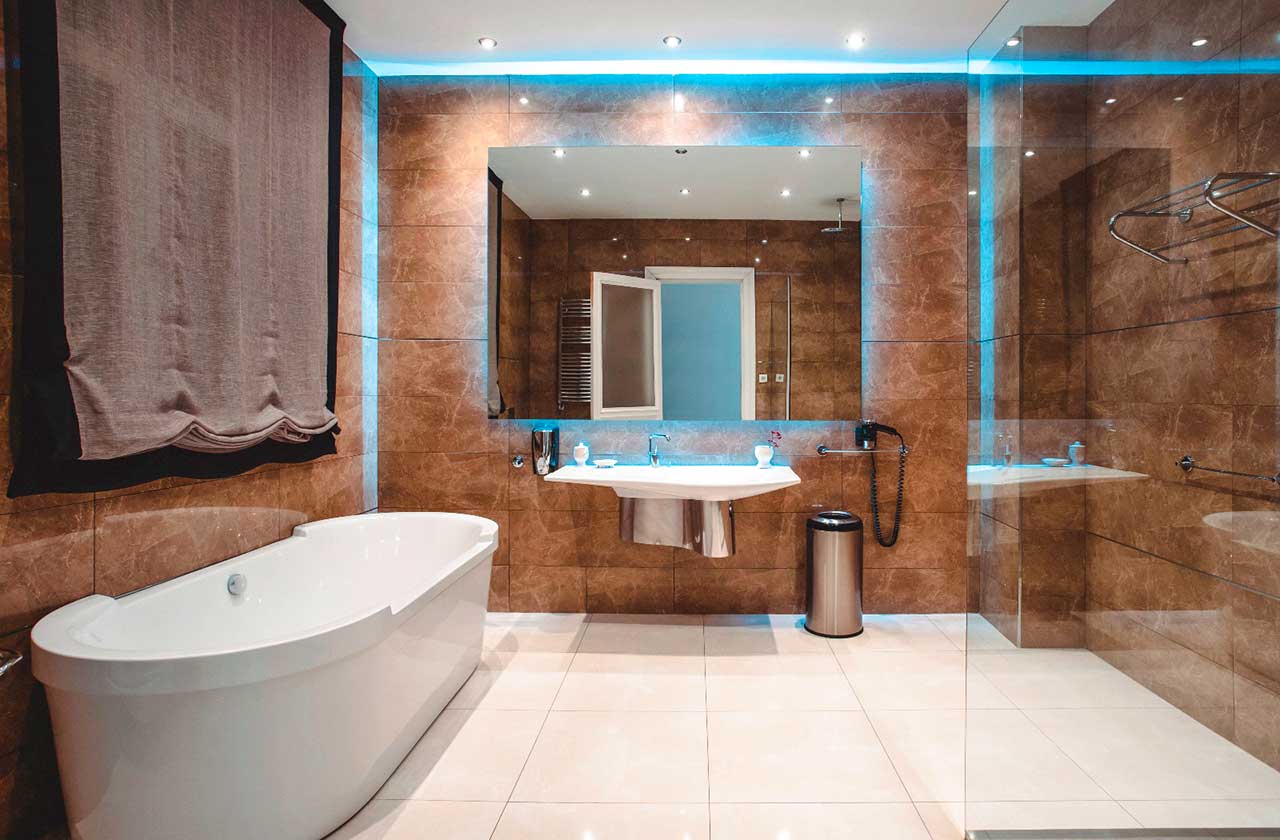 The TravelMEDI Clinic Istanbul is a progressive highly specialized medical facility with a focus on hair transplantation. This is one of the best clinics in Turkey and internationally. The clinic is oriented on foreign patients and is the only medical center in Turkey with the MTQUA (Medical Travel Quality Alliance) certificate of the American standard. The clinic is also certified in accordance with the standards of the JCI (Joint Commission International) and ISHRS (International Society of Hair Restoration Surgery). These certificates are awarded only to the best medical facilities in the world, whose medical service meets the highest standards of international medicine.

The clinic has an excellent medical and technical base – hair transplantation is carried out in specially equipped operating rooms, which meet the highest standards of sterility and safety. The experienced specialists of the clinic guarantee high-quality treatment of alopecia of varying severity, after which the patient can get rid of the complexes and enjoy the beauty of his hair. In this case, the hair will look as natural as possible, and the result will be preserved for a long time.

The specialists of the clinic successfully practice the very latest hair restoration techniques, such as FUE and DHI. They are the gold standard for alopecia treatment in modern medicine. Thanks to high-quality anesthesia, hair transplantation procedures are painless, which contributes to maximum comfort of patients. In addition, the clinic performs eyebrow and beard transplantations. The service range is complemented by injections of rich in platelets autologous blood preparations, which effectively helps to restore the health of hair, return its lost volume and beauty.

In addition to the exceptionally high quality of medical care and the friendly attitude of the medical staff, the patients will be pleased with the beautiful interior of the clinic, in which every detail is thought out. The waiting space of the medical center amazes with an exquisite interior in white colors, with elements of wood decoration. Also, the large panoramic windows give the clinic a special charm.

Istanbul is one of the largest cities in modern Turkey. The uniqueness of the metropolis lies in the fact that it is divided by the Bosphorus into two parts – European and Asian. The two parts of the city are connected by three bridges: the bridge, which was built in 2016, the Bosphorus Bridge and the Fatih Sultan Bridge. Due to its location, the city is the main port and commercial center of the country.

In ancient times, the city was called Constantinople and was part of Byzantium. In a later period, after the conquest by the Ottoman Empire, under the leadership of Sultan Mehmed II, the city was renamed and became the capital of the mighty Ottoman Empire. One of the most significant sights of Istanbul is Topkapi Palace, which was built by the same ruler and served as the residence of 25 Ottoman sultans for three hundred years.

Despite its huge historical heritage, the city is a modern metropolis with many business centers, expensive brand boutiques, hotels, restaurants and markets. Shoppers should definitely visit the famous Grand Bazaar, which is one of the largest covered markets in the world. The market is located downtown and attracts thousands of visitors and tourists every day. The range of goods can satisfy even the most sophisticated customers. The Grand Bazaar contains a number of traditional Turkish restaurants inside, visiting which one can relax and feel the atmosphere of the east. The second largest market is the Egyptian Market, which is also called the market of spices. It is located in the European part of the city on Eminonu Square, in the immediate vicinity of the New Mosque, on the shore of the Golden Horn Bay.

Lovers of culture and history can visit the main shrine and symbol of the city – the Blue Mosque. Due to its size, the mosque is considered the largest in the city, while its beauty and decoration amaze with their majesty. The shrine got its name because of its interior decoration, which consists of blue tiles. On sunny days, when the rays of light penetrate the windows, the mosque is covered with a delicate blue hue. Another no less important temple is also located nearby, its name is Hagia Sophia. The cathedral is a monument of Byzantine architecture. Its uniqueness lies in the fact that both Muslim and Christian relics, inscriptions and images are kept here. The interior decoration of the temple is made of gold and silver, while the walls depict historical and biblical events. As of today, the temple is considered a museum, which attracts millions of tourists annually.

Istanbul is unique and diverse, it amazes with its size, unique interweaving of Muslim and European past. The city is rightfully considered to be the second capital of the country, its cultural heritage and diversity have no analogues. Definitely, everyone will find something to enjoy here.