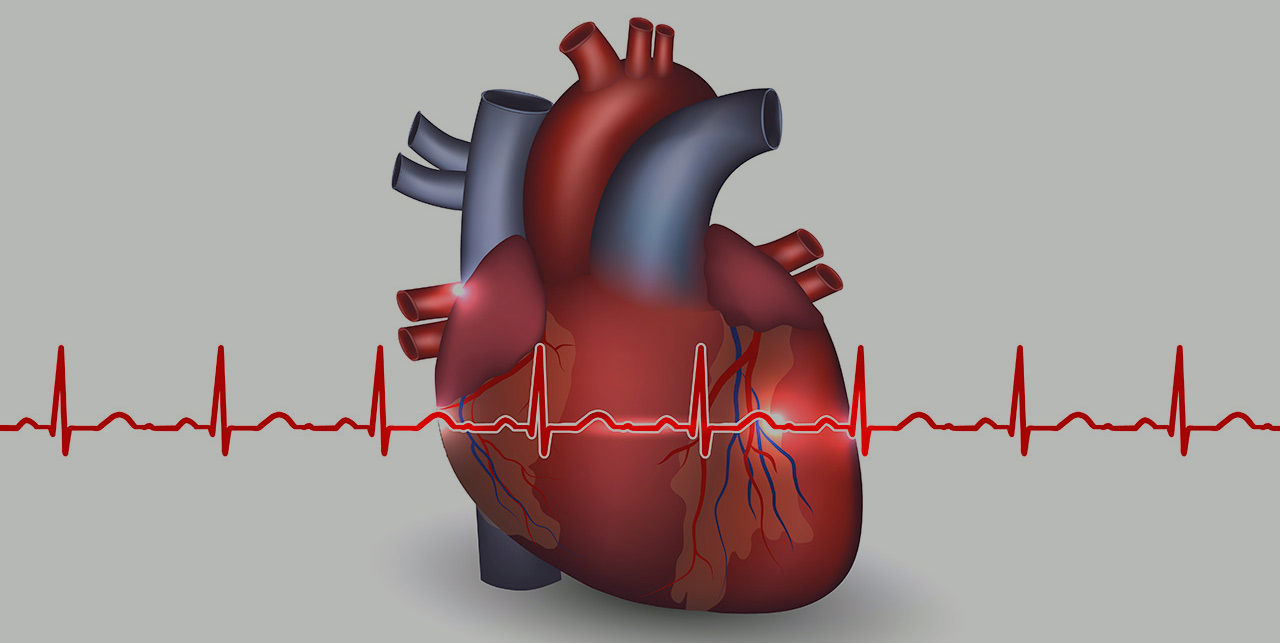 Diagnostics of IHD in Germany

IHD (ischemic heart disease) is one of the main reasons causing death among people today. The disease is accompanied by a worsening of the blood supply to the heart, which at any time can result in myocardial infarction. Pathology significantly reduces the quality of human life and reduces its duration by tens of years.

It is now possible to go to Germany for treatment!

IHD (ischemic heart disease) is one of the main reasons causing death among people today. The disease is accompanied by a worsening of the blood supply to the heart, which at any time can result in myocardial infarction. Pathology significantly reduces the quality of human life and reduces its duration by tens of years. Let's find out about how different forms of IHD manifest themselves and how the pathology is diagnosed.

According to the WHO classification of IHD such forms of this disease are identified:

This WHO classification of IHD is the latest one. It also presupposes the division of each IHD forms according to WHO into several subtypes. Cardiac angina can be stable, unstable, and spontaneous. Myocardial infarction is transmural and small-focal.

IHD classification presupposes the obligatory mentioning the disease variant during its diagnostics.

Let’s have a look at the main IHD types and their definition:

Therefore, we have found out what is IHD. Symptoms of this disease can differ depending on the clinical form of the pathology. That’s why, let’s discuss on of the main ones.

Angina pectoris is the most peculiar variant of IHD. The pathology exists for a long time period. If we talk about stable cardiac angina, it is normally predictable and leads to progression.

According to the severity of clinical symptoms, the pathology is divided into 3 functional classes.

IHD with angina pectoris has the following symptoms:

Characteristics of  pain in IHD:

In addition to pain, other symptoms of IHD and angina pectoris are possible. This is shortness of breath, severe fatigue, and pale skin. The patient may experience fear. Often a person can freeze in one place and does not move until the seizure stops.

IHD symptoms are quickly progressing in case of unstable angina pectoris. Most often it happens due to one of the two causes:

The main symptoms of IHD in women and men with unstable angina:

Distinguishing between such clinical forms of pathology:

One form of angina pectoris is called spontaneous or variable. It is characterized by the appearance of seizures without any physical or emotional stress. Attacks occur mostly in the morning. Attacks often last more than 15-20 minutes and are not eliminated by taking nitroglycerin. But the symptoms of IHD in women and men are significantly reduced when using calcium blockers. At the peak of the attack, the heart rate may slow down, which is associated with an atrioventricular blockade.

IHD occurs because coronary vessels are clogged by atherosclerotic plaques. At some point, one of them may explode. In this place a thrombus is formed and blocks the blood flow. As a result, the site of the heart, which received blood and oxygen from this vessel, dies.

This is not an IHD complication, but one of its clinical forms. Main IHD syndromes and those of myocardial infarction are:

Pain is the leading symptom of myocardial infarction. It is usually very pronounced, lasts more than 15 minutes and is not removed by nitroglycerin. In most patients, the seizure lasts more than 30 minutes, and in some cases can last several hours. It might not stop even with the introduction of narcotic analgesics.

The main localization of pain is retrosternal. But there is an abdominal form of myocardial infarction, when the patient has a stomach ache. Pathology is often accompanied by flatulence (swelling of the intestine), nausea, vomiting.

Sometimes pain with myocardial infarction is absent. This often happens in diabetes mellitus due to damage to nerve fibers (late diabetic complications). Pain may also be absent in a state of drug or alcohol intoxication.

The most frequent complications of myocardial infarction are:

Cardiogenic shock develops as a result of a sharp decrease in cardiac output. This leads to a decrease in blood pressure. To maintain it or get it back to normal, the fluid enters the blood vessels, the volume of circulating blood increases. In this case, blood accumulates in large quantities in small vessels, which provokes its release into the intercellular space. A consequence of this is the oxygen starvation of all organs and tissues.

Cardiogenic shock manifests itself in three main groups of symptoms:

Pulmonary edema can occur with cardiogenic shock or is an independent complication. It is accompanied by a cough without sputum or with the foamy phlegm in pink. There is shortness of breath, noisy breathing. A person cannot lie down and is forced to be in a sitting position, because when lying down in the horizontal position dyspnea is much worse.

The main symptoms are:

Let's talk about what is the diagnosis of IHD. It is established on the basis of:

Diagnosis of IHD starts with the patient’s questions. Main complaints with IHD are:

Diagnosis of IHD includes the physical examination and necessary auscultation of the heart with IHD to denote the muffling of tones, an increase in heart rate. Often there is a disturbance of the heart rhythm. With myocardial infarction, the "canter rhythm" (an additional third tone) or noise caused by friction of the pericardium or disruption of the papillary muscle function is often heard.

IHD tests matter only in case of myocardial infarction as they can show its biochemical markers:

ECG in IHD has the most important diagnostic value. To establish IHD diagnosis it is enough to receive ECG results and clinical signs of angina pectoris (pain behind the sternum during physical activity). In controversial situations, an ECG according to Halter or with physical exertion is additionally performed. Both methods reveal signs of increasing ischemia on an electrocardiogram. In the first case, the ECG is done for a long time period, waiting for another attack. In the second case, the attack of angina pectoris is caused artificially, by a short-term increase in the level of physical activity.

Echocardiography (ultrasound of the heart) is informative for myocardial infarction. Ultrasound helps to identify complications associated with a disfunction of the heart structure and its contractility. An ultrasound will show the broken interventricular septum or the detached papillary muscle. With the help of an ultrasound, visualization of intra-cardiac thrombi and inflammation of the pericardium is also possible.

Scintigraphy is a modern research method that determines the foci of myocardial necrosis. A radioisotope of technetium is introduced into the patient's body. It selectively accumulates in the tissues, so that the doctor can see the pathological areas within 6-10 days after the infarction.

Coronary angiography is the most informative method of diagnosing IHD. It is always indicated before surgical treatment. The essence of the study is in the fact that a contrast agent is injected into the patient's artery. It "highlights" the lumen of the coronary vessels on the x-ray. As a result, the doctor can determine which arteries are blocked by thrombi or atherosclerotic plaques and how narrow the lumen of the vessels are. Coronary angiography allows doctors to optimally plan the operation and choose the most preferred method of surgical treatment of IHD.

Arrangement of Treatment in Germany

IHD can kill the patient in any moment because this pathology often becomes a reason of the sudden cardiac death. Patient with IHD will suffer the myocardial infarction sooner or later with the natural disease course. But modern medicine allows us to solve this problem and extend the life of the patient for decades. Surgical treatment of IHD in Germany makes it possible to restore normal myocardial perfusion. The patient can again lead an active lifestyle after the surgery. Tolerance to physical exertion will be back to normal, and the risk of acute cardiovascular events will be minimized.

If you suffer from IHD, we offer you an examination and treatment in the best German clinics. We will arrange a trip for you and take care of all the details, starting from the choice of a medical institution and ending with a transfer from the airport. We will contract on your behalf with the administration of the medical center, we will help to collect documents and provide an interpreter.

In addition, the help of specialists from BookingHealth gives you a number of advantages, namely:

To use the services of our company, fill in an application on the website. We will call you back as soon as possible. 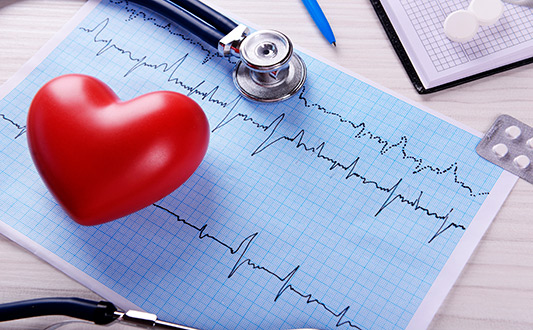 Heart diseases and myocardial infarction are one of the main causes of death, and every year the number of people suffering from heart disease increases. According to WHO statistics for 2012, mortality from cardiovascular diseases was  about 36%... 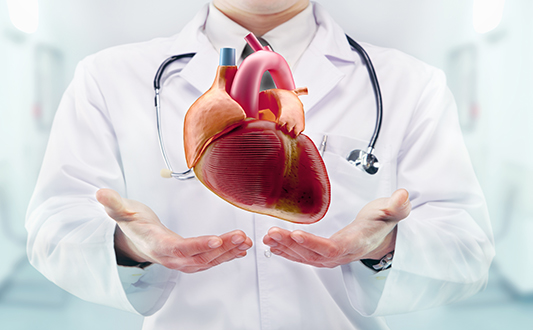 IHD (ischemic heart disease) is one of the main reasons causing death in society today. Let’s also discuss what is IHD, causes of IHD and how can one prevent this illness. Having seen the corresponding statement in their medical case, patients... 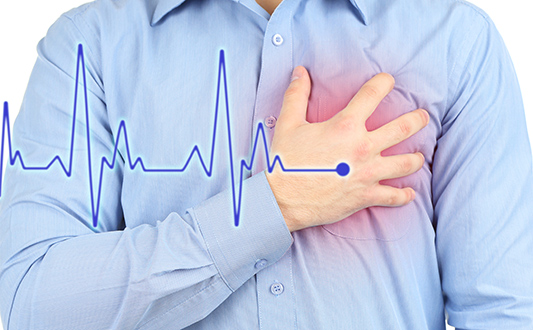 Coronary artery disease (CAD), or coronary heart disease, is an extremely widespread condition in the modern world, when the excessive amount of LDL cholesterol in the blood stream damages coronary vessels and causes hypoxia and death of the heart...