Bowel cancer prognosis is different for each patient. But, at the same time, it’s connected with the key factors: stage of disease at the moment of its diagnosis, tumor type and location, presence of the concomitant diseases, methods of treatment. World statistic data are constantly being updated and gives a chance to...

Bowel cancer prognosis is different for each patient. But, at the same time, it’s connected with the key factors: stage of disease at the moment of its diagnosis, tumor type and location, presence of the concomitant diseases, methods of treatment. World statistic data are constantly being updated and gives a chance to presuppose how successful will be the treatment of bowel cancer at each stage.

As long as the question about bowel cancer life expectancy depends on the actual primary tumor size and qualitative detection of metastases, it is important to undergo a special examination on time in the onset of bowel cancer symptoms: constant abdominal pain and problems with stool, blood or pus in the faeces.

If the disease is detected at the first stage, colon cancer prognosis is as favorable as it can be possible. According to the National Cancer Institute, the 5-year survival rate is 92%.

This means that more than 92% of people affected by the disease will be well tolerant towards treatment according to the standard protocol, achieve remission and will successfully live after that for more than five years. Surgical interventions in bowel cancer are mostly performed at this stage.

Prognosis for stage 2 bowel parts cancer directly depends on the size of the intestinal wall affected area by the malignant tumor. In stage 2a, the disease affects the intestinal wall completely, but does not go beyond its borders. At the same time, the oncologic focus can be clearly separated from the surrounding tissues, which increases the effectiveness of surgical treatment.

At stage 2b, the tumor spreads to the neighboring organs-the liver, bladder, and uterus in women. Relatively favorable prognosis and high life expectancy in bowel cancer are associated with complete absence of metastases in other sites of the body or the spread of cancer onto the lymphatic system.

According to the National Cancer Institute, the 5-year survival rate at stage 2 of bowel cancer reaches 87% in stage 2a and 63% in stage 2b. Moreover, women have a more favorable prognosis for stage 2 bowel parts cancer which is due to the peculiarities of the tumor focus growth on the background of the influence of female sex hormones. When studying the statistics, it is worth remembering that it, in fact, reflects the situation five years ago. Surgical techniques are constantly being improved, allowing elimination of pathological foci more thoroughly and sometimes to perform minimally invasive surgical interventions. Accordingly, in the course of time, more favorable, relevant and updated statistic data will accumulate.

Understanding bowel cancer life expectancy, and which particular treatment method should be chosen, is based on the results of a preliminary medical examination. It is important to determine the stage of the disease as accurately as possible and not miss its spread into the abdominal cavity, metastasis to other organs or involvement of the lymph nodes in the pathological process.

Life expectancy of the patient with bowel cancer is determined by the professionalism of the surgeon and the completeness of the operation. In case of complete removal of the oncologic focus, the postoperative period recovery is easier, and a minimum course of chemotherapy is required for bowel cancer.

Prognosis and clinical signs of bowel cancer at the 3rd stage depend on the size and location of the tumor in the intestinal wall in combination with the number and location of the affected lymph nodes. In stage 3a, the tumor formation reaches a small size and is located predominantly in the lumen of the intestine. It does not affect adjacent organs. Despite this, with a thorough examination, the doctor reveals the spread of the process to the nearby lymph nodes. In this case, the prognosis of stage 3a bowel cancer is relatively favorable and 89% of patients affected by the disease overcome the 5-year boundary after the precise setting of the diagnosis.

Next, 3b stage is distinguished by the large size of the tumor and its more aggressive spread along the intestinal wall and organs of the abdominal cavity. Stage 3b life expectancy prognosis depends on the development of further disease complications.

The most common complications are:

Stage 3c differs from previous stages with the spread of the pathological process to a large number of lymph nodes. At the same time, the tumor itself can be compact, does not go beyond the gut and does not lead to the development of typical complications. The inability to completely remove all cancer sites in stage 3c reduces the 5-year survival rate to 53%. In this case, after the surgical treatment, the second stage - treatment with polychemotherapy will inevitably follow. Modern pharmacological development can improve expectations as for bowel cancer life expectancy. In such clinical cases, radiation therapy for bowel cancer can be also carried out.

According to the National Cancer Institute, the 5-year survival rate of stage 4 bowel cancer patients reaches only 11%. Often this is due to the late diagnosis of the cancer or improper selection of individual treatment. Despite the disappointing statistical data, bowel cancer stage 4 prognosis is extremely personalised.

The following factors have the greatest importance in the treatment of bowel cancer at the 4th stage and in determination of prognoses:

To predict bowel cancer stage 4 life expectancy prognosis, it is important to assess not only the medical factors and the possibility of specialized treatment, but also the psycho-emotional state of the patient. Of course, it is important to perform the operation in a timely manner, as well as to conduct chemotherapy to fight metastases. Nevertheless, competent psychological support helps a person find strength to fight the disease and believe in the attainability of remission.

Bowel cancer stage 4 life expectancy prognosis is not the only thing that matters, but also patient’s life quality and its fullness.

It will be useful to:

Unfortunately, in certain situations, the disease spreads quickly and does not respond to treatment.  Bowel cancer life expectancy depends on the complications of the disease and the possibility of their treatment.

The most serious complications and frequent causes of death are:

It has to be remembered that it is not always easy to suspect the symptoms of bowel neoplasms. In the absence of a qualified diagnostics for bowel cancer, the patients can be treated with useless medications for colitis or chronic pancreatitis while bowel cancer kills them silently.

Costs for a treatment of bowel cancer abroad

The cost of examination and treatment in hospitals abroad depends, first of all, on the country and the level of the medical facility. The cost of the medical program is also influenced by the patient's age, the presence of concomitant diseases, the stage of cancer and the type of tumor.

If you want to know the costs for a treatment of bowel cancer in Germany, in Israel or other countries, you can contact the medical tourism operator Booking Health. Please, fill out the "Send a request" form on our website, and the medical consultant will contact you within 24 hours.

Treatment of ENT diseases in Germany 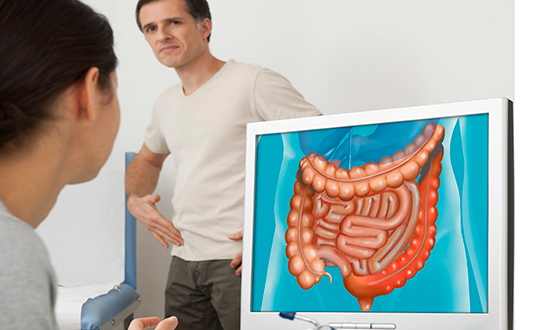 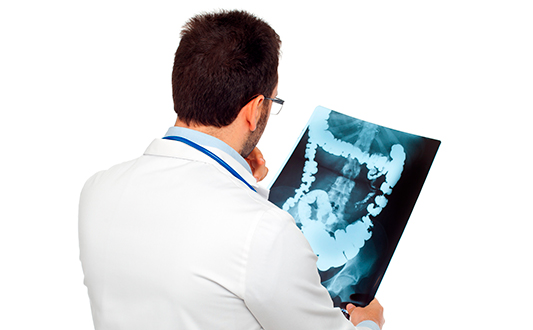 Bowel cancer is one of the most common oncological diseases in the world. It is most common in Western countries. The largest average frequency is noted in the CIS and Eastern Europe. The lowest incidence is in Asia and Africa. Men are diagnosed with... 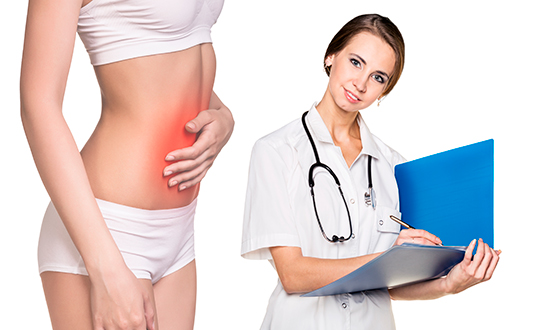 Bowel cancer was seen as a death sentence for many sufferers until recently. Today, the pathology is successfully treated thanks to the rapid development of medicine in Western countries. The mortality from bowel cancer decreases every year. A...