Oncological diseases in women, especially malignant conditions include breast cancer and cancer of the genitals (cervical, endometrial, ovarian cancer). Together  they take  the first place among the causes of death in women of working age. Human papillomavirus infection might cause cervical cancer. It causes...

Oncological diseases in women, especially malignant conditions include breast cancer and cancer of the genitals (cervical, endometrial, ovarian cancer). Together  they take  the first place among the causes of death in women of working age.

Human papillomavirus infection might cause cervical cancer. It causes malignancy (malignant degeneration) of the cells of its mucous membrane.Thisconditionmostcommonlydevelopsinwomenbetween  35 and 55 years old.

Cervical cancer requires surgical treatment. The surgical procedures that can be used for the treatment of cervical cancer include cervical conization or extirpation of the uterus. The choice of surgery depends on the stage and prevalence of the oncological process. The surgery should be complemented with chemotherapy, which can be performed either before or after it. Also, to prevent recurrence doctors can prescribe a course of radiation therapy.

Surgery is the main treatment for endometrial cancer. Surgeon can perform hysterectomy (removal of the uterus) orextended hysterectomy with the removal of ovaries, fallopian tubes, lymph nodes and omentum.

In estrogen-dependent tumors the treatment should be complemented with hormonal drugs. Chemotherapy can also be administered. To prevent recurrence of the oncological process,  surgery is followed by a local radiation of the metastatic areas.

Ovarian cancer can be rarely detected in the early stages and therefore it is dangerous. It mostly develops at the age of over 50. The main risk factors include dyshormonal processes, no  childbirth, irregular sexual life.

This type of cancer requires surgical treatment. The stage of cancer determines the extent of the intervention. Sometimes the doctor removes only ovaries and a fallopian tube, while in other cases it is necessary to resect uterus with its appendages, lymph nodes, lesser omentum, some sections ofthe sigmoid colon and even loops of the small bowel.

Breast cancer remains the most common oncological disease in women. The main treatment is surgical procedure. The mammary gland can be removed either completely or partially. Radical mastectomy also aims to remove the pectoralis minor, adipose tissue, lymph nodes and sometimes the pectoralis major.

The surgical intervention should be complemented with radiation therapy. It can be carried out before, after or during the surgery. In the inoperable types of cancer radiation can be used as an independent treatment. After the surgery patients should also take special drugs, which help to reduce the risk of cancer recurrence.

Benefits of treatment of gynecologic cancers in Germany

Compared to most other countries in the world, Germany provides more successful treatment of cancers.

Here are some of the main benefits you will get, if you undergo treatment in this country:

The statistics reflects the success of German doctors in the fighting gynecologic cancers. Germany shows much higher five-year survival rate as compared with the developed countries.

Arrangement of treatment in Germany

Many women want to go to Germany to treat cancer but do not know how to do it. We offer services on the arrangement  of medical treatment abroad. Booking Health is a leader in medical tourism.

We will help you to:

Upon arrival in Germany, we will meet you at the airport and take you to the hospital. You will be insured against unforeseen medical costs  for up to 200, 000 euros. Thanks to the services of BookingHealth, you can save up to 70% of the total costs on arrangement of the treatment in Germany. 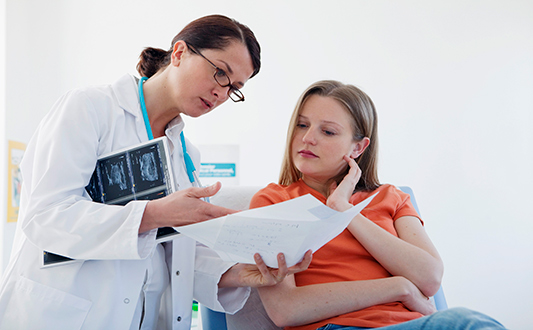 Cervical cancer is an excessive growth of pathologically changed cells in the lower part of the uterus (cervix of the uterus). It is the second most common type of cancer in women. In most cases precancerous or cancerous changes arise in the...

Where one should treat cervical cancer?
31.01.2018 | from Booking Health GmbH | Diagnosis & treatment 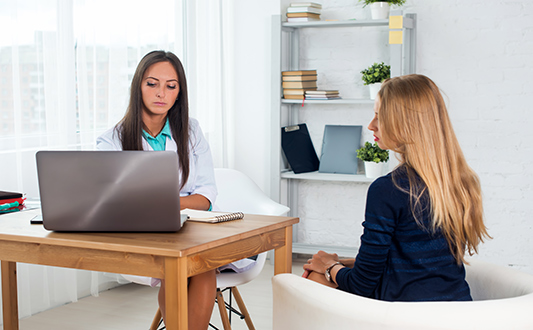 Cervical cancer is a severe condition that commonly affects women of childbearing ages. Despite all the efforts of an early detection of pathology, this type of cancer is often found during the 3rd-4th stages, when it is difficult to treat  such a... 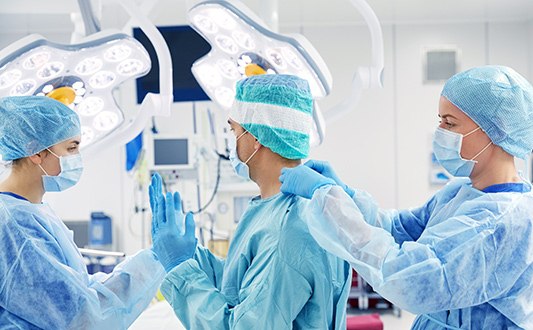