Prostate cancer is treated by surgery plus radiation in addition to drug therapy. Specialists constantly improve the existing ways of cure and invent new approaches to live without pathology of the prostate.

Advanced radiation therapy is based on the recent programmes and devices able to direct the beam as accurately as possible so as not to harm or touch unaffected tissue.

Brachytherapy (contact radiation therapy) can now be performed intraoperatively (during surgery) thanks to new inventions. This way, it’s possible to remove the whole tumour and its metastases.

High-intensity focused ultrasound (HIFU) treatment has already proved its efficiency and safety when dealing with prostate cancer. HIFU can effectively substitute a surgery during the early stages of the disease. Focused ultrasound waves heat the damaged areas and thus destroy them.

Cancer immunotherapy presupposes the use of special vaccines for prostate cancer treatment. A medicine called PROVENGE (sipuleucel-T) is already in use in most European hospitals. Patient’s own leukocytes are taken from the blood and prostatic acid phosphatase (protein of prostate cancer cells) is added. Leukocytes are injected intravenously to the patient in a series of three procedures, each repeated within two weeks. This lengthens the patient’s life, even those with advanced prostate cancer that don’t respond to hormonal and chemotherapy.

Another vaccine called PROSTVAC is currently being tested. This is a genetically modified virus containing the prostate-specific antigen that forces the immune system to react and destroy the virus when introduced to the body. However, as long as fragments of its genome resemble cancer cells, the immune system attacks them actively as well.

Restriction points or checkpoint inhibitors are special signal molecules on the surface of the cancer cells that cheat with the immune system and hide in between the healthy cells. If you turn off these points the immune reaction against cancer will double. Such medicines as Pembrolizumab, Nivolumab, Ipilimumab give good results. Research is underway at the moment aimed at combining different inhibitors and prostate cancer vaccine to evaluate their efficiency.

RF ablation (radiofrequency ablation) is a conventional technique, though it has not been used to deal with the prostate cancer metastases into the bones. A metal probe is introduced into the tumour area under the control of ultrasound and HFC (high-frequency current) passes through while heating up the cancer cells and  destroying them.

BPH means constant enlargement of the prostate gland which can lead to various symptoms. The greatest danger is that the tumour compresses the urinary tract and thus provokes acute retention of urine. Hence BPH must be treated with surgery at some point so as to reduce the size of the prostate.

Two most effective and most often used operations today are:

This procedure however is not able to fully substitute transurethral resection as it only brings result if a prostate gland is still small. Here are the latest treatment approach actively implemented in the European hospitals. These readily push back conventional endoscopic intervention.

Holmium laser prostate enucleation is an advanced technique invented back in 1996 but perfected just recently. Enucleation is sure to become a new "gold standard" of BPH treatment as it helps to remove large volumes of prostate tissues without any open surgery. Prostate fragments are removed along the anatomic capsule by a laser beam inserted into the urethra. Operation takes a long time as the tissues are removed in small parts.

UroLift is the most recent form of surgical intervention already available in German hospitals. A titanium implant is inserted into the prostate. The implant separates the prostates from the urethra and prevents it from compression. As a result, normal urine flow is restored partially or completely.

Procedure is well-tolerated and usually doesn’t have a risk of consequences. This is done under local anaesthesia. UroLift ensures a tissue damage free effect as no tissue is cut – the prostate gland is just moved to the side. However  UroLift is only a symptomatic treatment. Further, you might need more extensive intervention to remove prostate fragment in the future.

Many treatments program are already bookable on bookinghealth.com 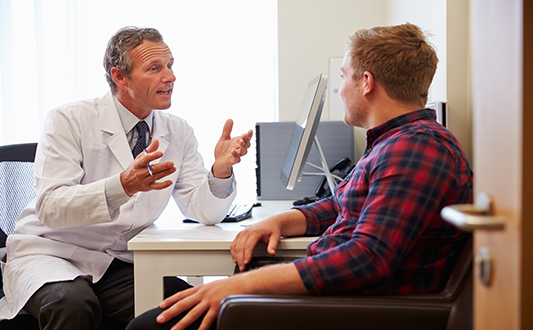 HoLEP  is a modern and completely safe surgery used to cure BPH (benign prostatic hyperplasia). The surgery allows the removal of adenomatous nodes quickly and... 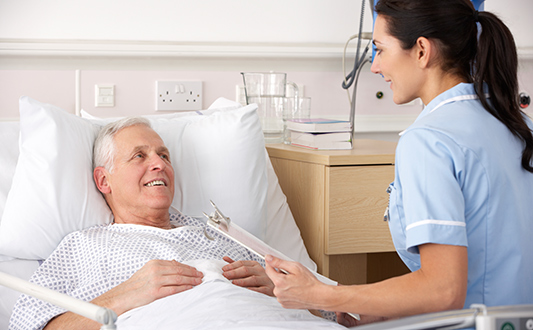